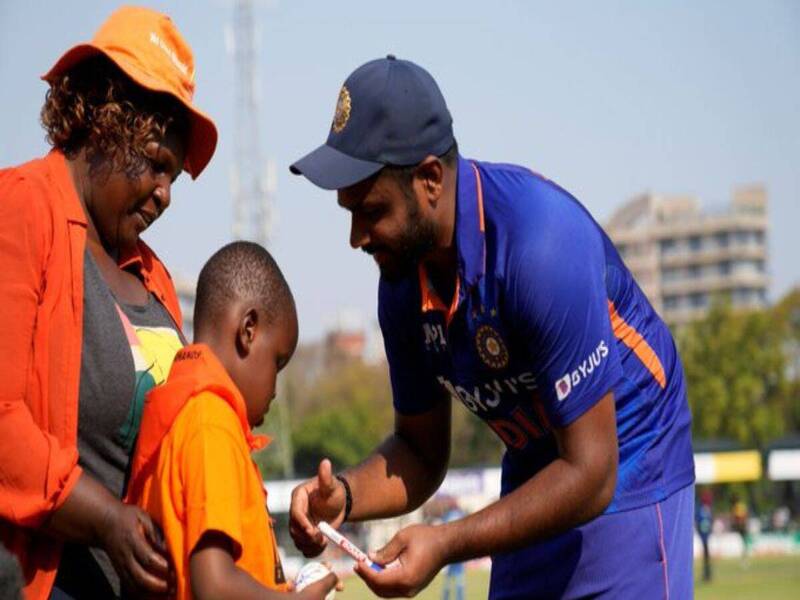 Zimbabwe Cricket, who is hosting India for three-match ODI seires, has come forward to support the battle against childhood cancer by dedicating the second ODI between India and Zimbabwe, played on Saturday at Harare Sports Club. India won the match by five wickets and took an unassailable 2-0 lead.

The cricket board of Zimbabwe said in a statement that they are supporting The NGO- KidzCan Zimbabwe- whose mandate includes providing chemotherapy drugs, bus fares, diagnostics, nutritional requirements and psychosocial support to children suffering from cancer in the country.

Zimbabwe national team players Regis Chakabva, Sikandar Raza and Bradley Evans had visited the children’s oncology ward at Parirenyatwa Hospital on the eve of the second ODI against India. They donated hampers and toys to each of the 26 young cancer patients in the ward.

Takunda also received a signed cricket ball from the player of the match, India wicketkeeper-batter Sanju Samson, before he posed for pictures with Zimbabwe Captain Chakabva and his India counterpart KL Rahul.