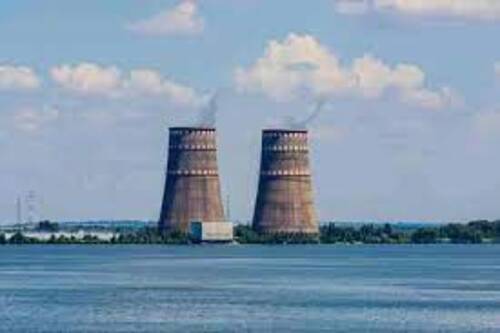 Speaking at the UN Security Council (UNSC) briefing on Ukraine, Ms Kamboj said India expresses its concern over the reports of shelling near the spent fuel storage facility of the Zaporizhzhia Nuclear Power Plant.We call for mutual restraint so as not to endanger the safety and security of nuclear facilities,” she said at the open meeting in the security council on the situation at the Zaporizhzhia Nuclear Power Plant.

Director General of the International Atomic Energy Agency (IAEA) Rafael Mariano Grossi told the UN Security Council meeting that on August 5, the Zaporizhzhia plant — Europe’s largest — was subjected to shelling, which caused several explosions near the electrical switchboard and a power shutdown.Ukraine has informed the IAEA that 10 of the country’s 15 nuclear energy reactors – two at the Zaporizhzhia nuclear plant, three at the Rivne NPP, three at the South Ukraine NPP and two at the Khmelnytskyy Nuclear Power Plant – are currently connected to the grid.

UN Secretary General Antonio Guterres has expressed grave concern about the unfolding situation in and around the Zaporizhzhia Nuclear Power Plant in southern Ukraine and appealed to all concerned to exercise “common sense and reason” and not to undertake any actions that might endanger the physical integrity, safety or security of the nuclear power plant.A spokesperson for the UN chief said regrettably, instead of de-escalation, over the last several days, there have been reports of further deeply worrying incidents that could, if they continue, lead to disaster.

The Secretary-General calls for all military activities in the immediate vicinity of the plant to cease immediately and not to target its facilities or surroundings. He urges the withdrawal of any military personnel and equipment from the plant and the avoidance of any further deployment of forces or equipment to the site,” the spokesperson said.Mr Guterres said the facility must not be used as part of any military operation and stressed that an urgent agreement is needed at a technical level on a safe perimeter of demilitarisation to ensure the safety of the area.

Gujarat: Massive fire breaks out in Jamnagar hotel; no injuries reported
Delhi’s air quality in satisfactory category, mercury to go up to 34°C