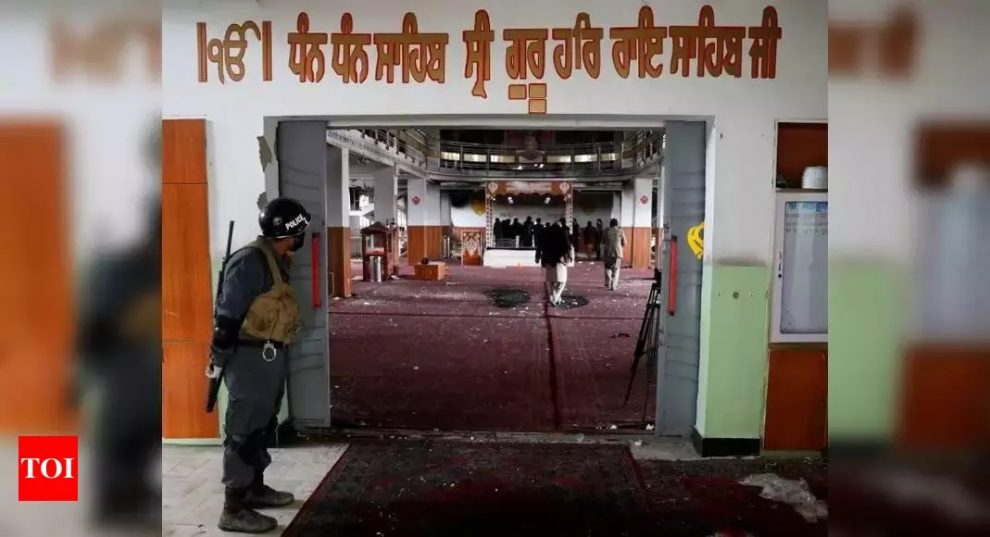 NEW DELHI: The Indian embassy in Afghanistan is in touch with the family members of the victims of the “cowardly terrorist attack” at a Gurdwara in capital Kabul, External Affairs Minister S Jaishankar said on Thursday.
Twety-seven people were killed and several others sustained injuries after armed men stormed a Gurdwara in Kabul and opened fire inside the premise. The Islamic State terror group had claimed responsibility for the attack.
Taking to Twitter, Jaishankar further informed that the Indian embassy was working to bring back mortal remains of Tian Singh — one of the victims of the attack.

Our Embassy @IndianEmbKabul has been in touch with Kabul security authorities. Have asked them to ensure adequate s… https://t.co/KVTGOMMOpN

“Understandable grief and anger at the cowardly terrorist attack on Gurudwara in #Kabul. Our Embassy @IndianEmbKabul is in continuous touch with the families of those killed and injured,” Jaishankar tweeted.
“Medical opinion against moving injured at this stage. Embassy @IndianEmbKabul is working on the return of the mortal remains of Shri Tian Singh. Will keep you updated,” the following tweet read.
Earlier in the day, Indian Ambassador to Afghanistan Vinay Kumar had visited the Sikh shrine and offered condolences to the families of the victims of the incident.

India in touch with families of those killed and injured in Kabul terror attack: MEA
Bihar government to bear expenses of migrant workers stranded in other states: Nitish Kumar

They will welcome me very soon, says Ranjan Gogoi amid Opposition staging walkout from Rajya Sabha