India pacer Deepak Chahar opens up on tough competition in India team: Pressure was there but wanted to perform - Govt.in - Telling the truth- always! 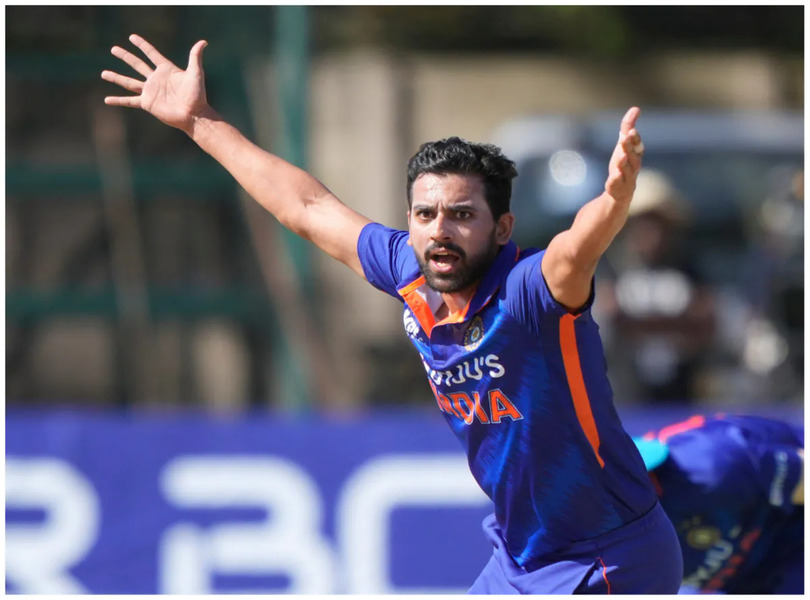 Returning Indian pacer Deepak Chahar took his career-best 3/27 to help India put up a dominating performance against Zimbabwe in the 1st ODI match in Harare. Chahar bowled seven overs on a trot and destabilised the hosts’ batting order. Chahar picked three top order wickets from where the rest of the Indian bowlers picked up and bundled the Zimbabwe team for just 189 runs.

Speaking at the press conference, the comeback man said that he knew that he was going to make a comeback in the series and said that he prepared himself accordingly.

“I knew I will make my comeback in this series, which is an ODI series, so I started loading my body accordingly. The day I started bowling, I bowled six overs and then when I played 2-3 practice games, I bowled full quota of 10 overs,” Chahar informed.

In Chahar’s absence, India have tried out several fast bowlers with unique skill set. Many among them have been touted as the next big superstar in the Indian cricketing ecosystem. Speaking about making a comeback in the team, Chahar admitted that there was a lot of pressure with many youngsters vying for the same spot.

“Difficulty was there. Because you are trying to regain your place in the side and in the interim, people who played have also performed and consolidated their places,” he said.

“So in order to regain your spot, you have to put up a good performance, Obviously pressure was there and I wanted to perform at the first opportunity because that’s all what a player can control,” he further added.

There were concerns about Chahar’s fitness before coming into this game, but the bowler brushed them aside himself.

“I think I have picked up from where I had left and today also barring first two overs, I bowled well. I bowled seven overs at one go which is an indicator that my fitness levels are okay,” Chahar signed off.