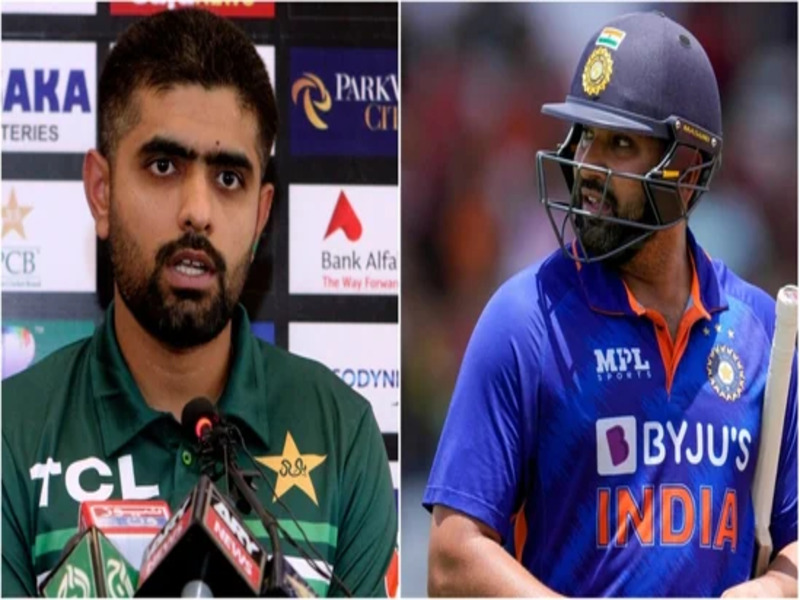 India and Pakistan received a big confidence booster ahead of Asia Cup 2022, albeit in different formats. Both the Asian giants have closed in the gaps on top-two ranked New Zealand and England teams after their dominating series wins against Zimbabwe and Netherlands. According to the latest ICC ODI rankings released Tuesday, India and Pakistan gained crucial rating points. India improved their ODI ranking to 111 rating points and are placed third overall after clan sweeping Zimbabwe 3-0, while Pakistan also received a boost by moving to 107 rating points in fourth.

And the pair have made ground on rankings leader New Zealand (124) following the Black Caps’ narrow 2-1 series triumph over the West Indies, while England (119) remain dormant in second place as they continue their ongoing World Test Championship series against South Africa.

The Kiwis did hold a nine-point advantage at the top of the team rankings, but the fact they lost one 50-over match during their tour of the Caribbean saw their lead reduced to just five rating points.

India’s next chance to make further ground on the ODI rankings comes when they host South Africa for three ODIs at the start of October, while Pakistan don’t have any further 50-over matches fixtured until after the T20 World Cup in Australia later this year.

KL Rahul-led Indian side displayed an all-round show to outclass hosts 3-0. After winning the first two ODIs in a walk-in-the-park manner, they were stretched a bit in the third ODI thanks to a breathtaking hundred by Sikandar Raza but in the end, the Men in Blue managed to sneak out a 13-run victory on Monday.

Big stars Rohit Sharma, Virat Kohli, Hardik Pandya, Rishabh Pant, Ravindra Jadeja, R Ashwin are set to return for the Asia Cup, starting on August 27 in the UAE. The continental tournament will be played in T20 format and will act as an ideal preparation before this year’s World Cup in Australia in October-November.