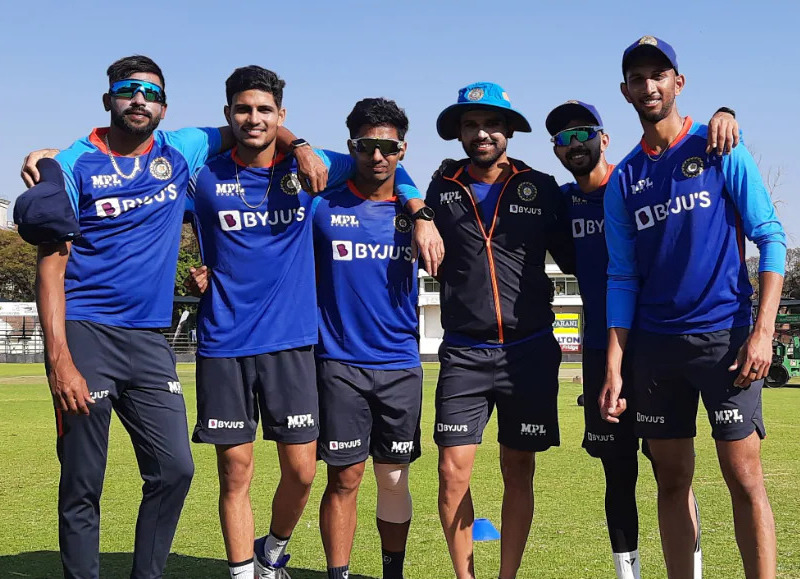 After the high of West Indies tour where India registered a 3-0 clean sweep in ODIs and a dominating 4-1 win in the T20Is, Team India has set foot in Zimbabwe. The tour provides India with an opportunity to test their bench strength as names like Rohit Sharma, Virat Kohli, Ravindra Jadeja, Rishabh Pant, Ravichandran Ashwin, Jasprit Bumrah, and Mohammed Shami among others are not a part of the squad. This series will also be the last bit of action before India head into the Asia Cup 2022. In the three-match ODI series against Zimbabwe, the first will be played on Thursday in Harare, which will also see the return of stylish Indian opener KL Rahul – he is set to lead India in Rohit’s absence.

Rahul will be leading India at the same venue where he made his ODI debut almost six years. The opener is making a comeback after recovering from a long-lasting hamstring injury and a bout with Covid-19, and will be hungry to do well before the Asia Cup. There will be conversations in the team management regarding the batting order, however, as the side boasts of a number of batters in the opening order like Rahul, Shikhar Dhawan, and Shubman Gill (with Ruturaj Gaikwad and Ishan Kishan also part of squad).

Meanwhile, Rahul Tripathi might make his international debut as well. Tripathi didn’t get a chance in Ireland T20Is, but the management might be inclined towards providing him with a maiden cap in Harare due to presence of multiple top-order batters in the side. Deepak Hooda and Sanju Samson have done well in the middle order during the West Indies tour and they would look to further consolidate their position in the team.

India are likely go with Kuldeep Yadav and Axar Patel as their frontline spin bowlers, and are expected to field Mohammed Siraj, Shardul Thakur and Prasidh Krishna for spearheading the pace bowling attack.