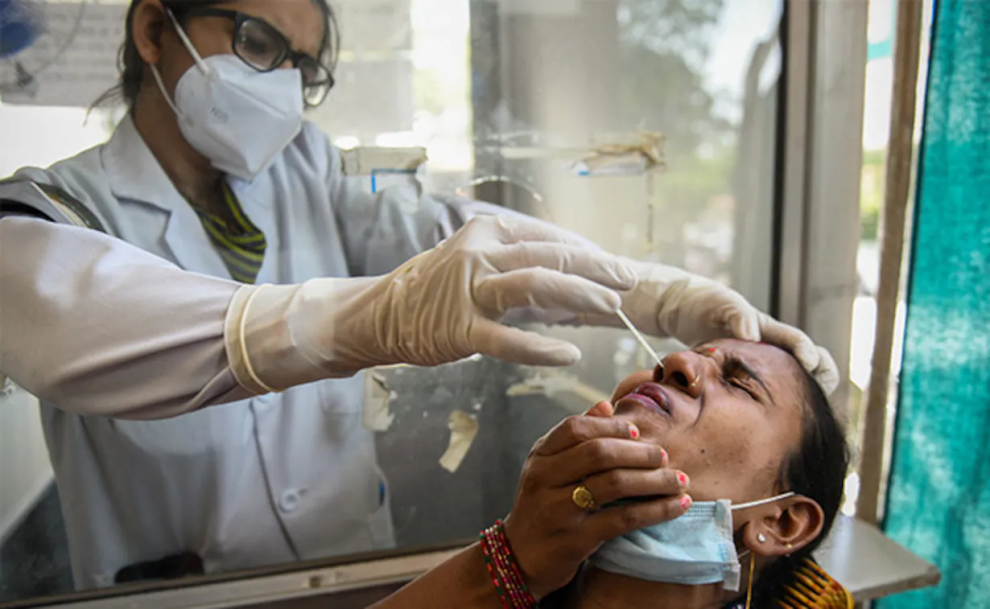 India on Friday saw a nearly 25 per cent rise in the daily Covid tally as the country logged 15,754 cases in the last 24 hours, according to the health bulletin by the health ministry. On Thursday, the country had recorded 12,608 infections and 72 deaths.

The number of fatalities increased by 47 as Kerala, Punjab and Goa reconciled data, the ministry stated. With this, the overall Covid death count now stands at 527,253. The case fatality rate is at 1.19 per cent, as per the government data. The fresh deaths include eight from Delhi, six from Maharashtra, four from Karnataka; three each from West Bengal, Rajasthan; two each from Uttar Pradesh, Haryana; one each from Bihar, Chhattisgarh, Himachal Pradesh, Odisha, Sikkim and Uttarakhand.

The number of people who have recovered from the disease has surged to 43,685,535, out of this, 15,220 people recuperated in the last 24 hours. The recovery rate is currently at 98.58 per cent, as per the daily health bulletin.Meanwhile, the country has conducted as many as 88.18 crore tests so far including 4,54,491 samples which were tested in the last 24 hours.On the vaccination front, 209.27 crore vaccine doses have been administered so far under nationwide drive.