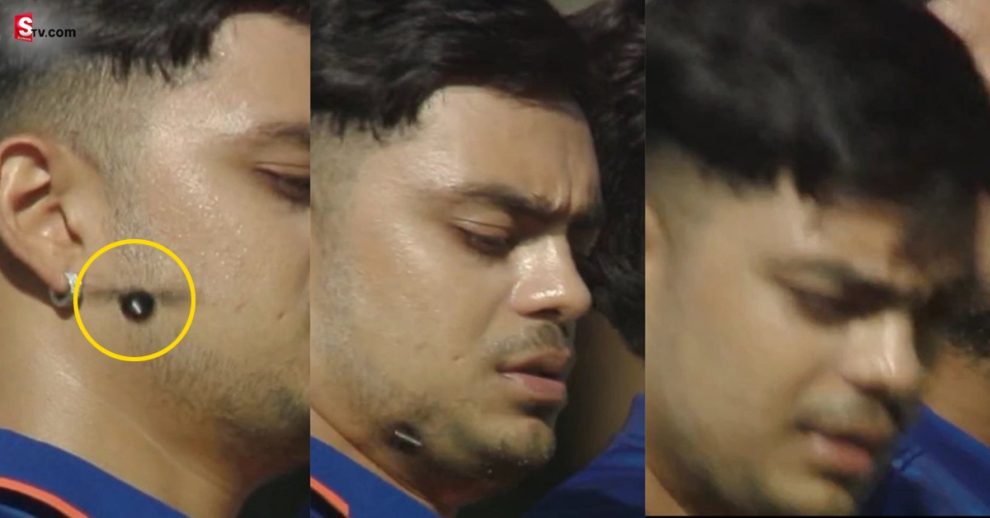 The Indian Men’s Cricket Team locked horns against Zimbabwe in the first One-Day International of their three-match series on Thursday. India thrashed Zimbabwe by 10 wickets to win the match and take a 1-0 lead in the series. Meanwhile, an incident occurred before the start of the match that is garnering a lot of traction on social media. Indian wicketkeeper Ishan Kishan was attacked by a bee while he was singing the national anthem prior to the start of play.

In a video that is going viral on various social media platforms, Ishan Kishan can be seen being attacked by a bee at the Harare Sports Complex, where the first ODI between India and Zimbabwe was held. The video shows Ishan trying to get away from the insect after it came close to his face during the national anthem.

As far as Ishan’s performance in the first ODI is concerned, the left-handed batter did not get an opportunity to bat in the match, and neither did he keep the wickets as Sanju Samson was doing the job for the team. Ishan was listed at the number three position to bat in the game but Indian openers Shikhar Dhawan and Shubman Gill forged an unbeaten partnership of 192 runs to secure a victory for the Men in Blue.

Earlier in the match, Indian skipper KL Rahul won the toss and elected to field first. India bowled Zimbabwe out for 189 runs in 40.3 overs. Zimbabwe skipper Regis Chakabva top-scored for his team as he hit 35 off 51 balls before being dismissed by Axar Patel. Brad Evans and Richard Ngarava forged a crucial partnership for the home side to rescue their innings. They scored 33 and 34 runs, respectively.

India then chased down the target in just 30.5 overs. Openers Shikhar Dhawan and Shubman Gill forged an unbeaten partnership of 192 runs to help India win by 10 wickets. Dhawan scored 81 off 113 balls, while Gill smashed 82 off just 72 balls. Chahar was named the player of the match for his outstanding performance with the ball.