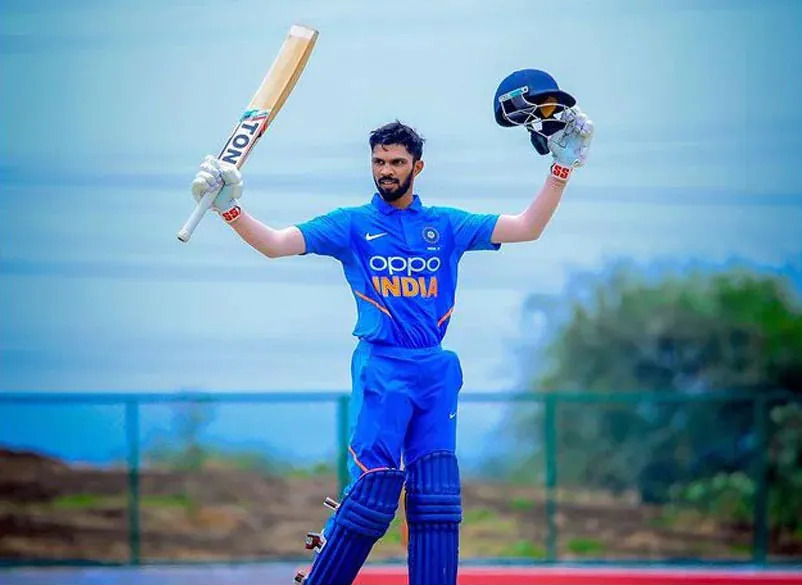 Ruturaj Gaikwad has proved to be a great asset for the Chennai Super Kings (CSK) and such was his impact that the 25-year-old was among the four players retained by the franchise ahead of the Indian Premier League (IPL) 2022 mega auction. Being associated with the Yellow Army for three seasons, the youngster has amassed over 1200 runs in 36 matches, which include a century and ten half-centuries.

Gaikwad’s performances are just not limited to the IPL and he has also put some impressive shows in the domestic circuit. He was the highest run-getter in 2021-22 edition of the Vijay Hazare Trophy. The batter gathered 603 runs from five encounters, which included four centuries, the most by any player in the tournament.

However, the opening batter has failed to replicate the show at the international stage and despite making nine T20I appearances, he has only managed 135 runs under his kitty at a poor average of 16.88. With the competition for the opening slot getting hotter, Gaikwad’s below average performance has seen him slide down the pecking order and the likes of Ishan Kishan and Shubman Gill rising above him, as witnessed in the recent tours.

Robin Uthappa, who shares dressing room with Gaikwad in the IPL, backed his CSK teammate to get past the rough patch, claiming he can play all the three formats equally well. “Rutu (Ruturaj Gaikwad) is someone if he gets five games in a row, you know for sure he is going to perform. And then you will feel like here is a player who can play all three formats for the country. How do we invest in him that will be the next question,” said the veteran cricketer while responding to a question by hindustantimes.com during a virtual media meet on Wednesday.

Uthappa also tried decoding Gaikwad’s game, explaining why he has not been a hit in the international setup despite carrying a high reputation in the IPL. “One has to understand that IPL is one of the best tournaments of the world. You also have to understand, Ruturaj is someone, who has grown into each position. When he came into the IPL, when he made his debut it took him a few games to get into his zone.

“Unfortunately with the Indian team he is not getting those number of games. He is a little bit of a feeler as far as a person is concerned. He feels his way around things and he’s very attuned to his feelings,” he said.

Gaikwad is part of India’s plans in Zimbabwe, where the Men In Blue will engage in a three-match ODI series. It will be interesting to see if Gaikwad will be handed a debut in the 50-over format and if yes, how will he make use of the opportunity.