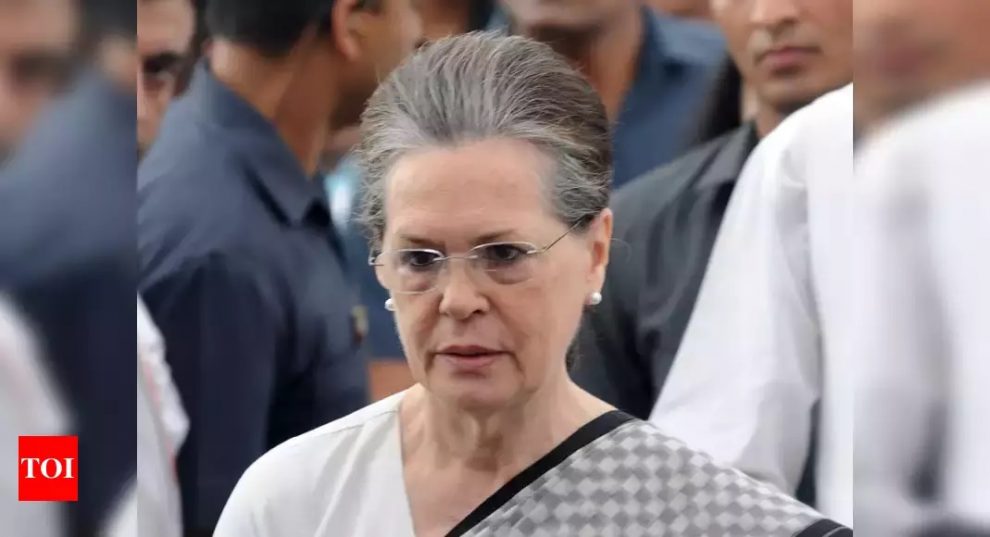 NEW DELHI: The Indian Newspaper Society (INS) on Wednesday condemned Congress chief Sonia Gandhi’s suggestion to PM Narendra Modi to impose a ban on media advertisements by the government and PSUs for two years.
In a statement, INS president Shailesh Gupta urged the Congress chief to withdraw her suggestion and said that such a proposal tantamounts to “financial censorship”.
In a letter to PM Modi, Sonia Gandhi had made various suggestions for fighting Covid-19, including imposing a “complete ban on media advertisements – television, print and online – by the government and Public Sectors Undertakings (PSUs) for a period of two years”.
The INS said, “It is a very small amount as far as the government spending is concerned, but it’s a huge amount for the newspaper industry which is essential for any vibrant democracy, and is struggling to survive.”
“Print is the only industry, which has a wage board and the government decides how much the employees should be paid. This being the only industry where market forces don’t decide salaries, the government has a responsibility towards the industry,” the INS added.
Saying print is the best platform to get news and views directly across to the people in every nook and corner of the country, for both – the government and for the opposition, it is more crucial in the age of fake news and distortion.
It also noted that there is already a decline in advertisement and circulation revenue due to recession and the digital onslaught. “Further to add to the problem we now face severe financial crisis due to the complete lockdown of industries and business,” it said.
“At a time like this when media personnel are risking their lives and bringing news on the pandemic situation, the suggestion of the Congress president for a two-year ban on media advertisements is deeply disturbing and demotivating for the entire media industry,” the statement read.
The association appealed to the Congress chief to reconsider and withdraw the suggestion made to the Prime Minister in the interest of a “vibrant and free press”.