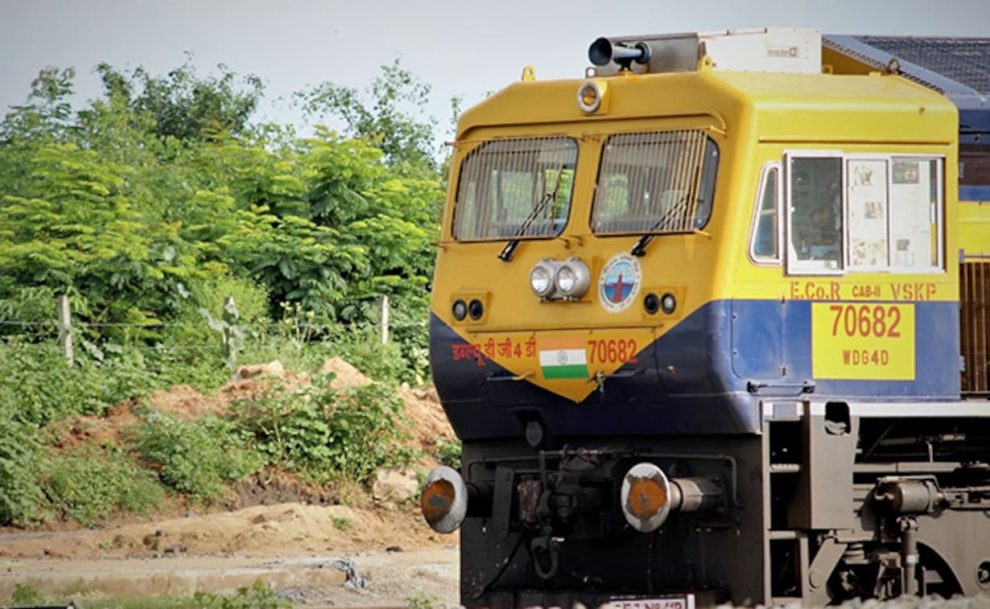 Indian Railways, a sprawling network that ranks among the world’s largest, is a long way from generating the amount of clean energy it needs to become net carbon neutral by 2030, its own stated goal.
The organization had installed renewable capacity of 142 megawatts of rooftop solar and 103.4 megawatts of wind energy as of August, according to a statement dated Oct. 7 and recently uploaded to its website.

“Indian Railways will attempt to reduce its carbon footprint primarily through sourcing of its energy requirements from renewable energy sources,” the statement said. “By 2029-2030, the expected requirement of installation of renewable capacity would be about 30 gigawatts.”

To increase the share of renewables, the railway has partnered with Ircon International Ltd. for 500 megawatt and Rewa Ultra Mega Solar for 400 megawatt solar power, which will be operational by 2025 and 2024 respectively, a spokesperson for India’s ministry of railways said in a statement. It is also floating a tender for 1.45 gigawatt solar plant, it said.

Ramping up clean energy for India’s rail electricity needs is a tall order considering the South Asian nation relies on dirty coal to generate over 70% of its power. However it’s crucial for India to curb greenhouse gas emissions from trains to meet Prime Minister Narendra Modi’s pledge to become net zero by 2070.

Indian Railways said in its statement that other strategies toward becoming a net zero emitter include “taking a multi-pronged approach of electrification of routes, shifting from diesel to electric traction, promotion of energy efficiency, construction of dedicated freight corridors and green certification of railway establishments.”

PM Modi is seeking to modernize India’s railways, which are congested and aging, in part by banking on low-cost loans from Japan to build the country’s first bullet train and inviting investments from private firms to operate passenger trains for the first time.

Indian Railways has said it will achieve 100% electrification by 2023 and become a net zero carbon emitter by 2030 but hasn’t publicly laid out a full plan about how that will be done.

The massive size of its rail network, which carries about as many passengers a day as Taiwan’s entire population, makes it difficult to increase clean sources of energy at the same pace as the soaring demand.

Setting up waste to energy/compost/biogas plants/material recovery facility at more than 250 stations.

In pact with Solar Energy Corporation of India Ltd. to get round-the-clock supply of 100 megawatt renewable power, according to the representative for ministry of railways.

Plans to derive 800 megawatt of solar energy from Bundelkhand Saur Urja Ltd. by 2025, according to the representative.