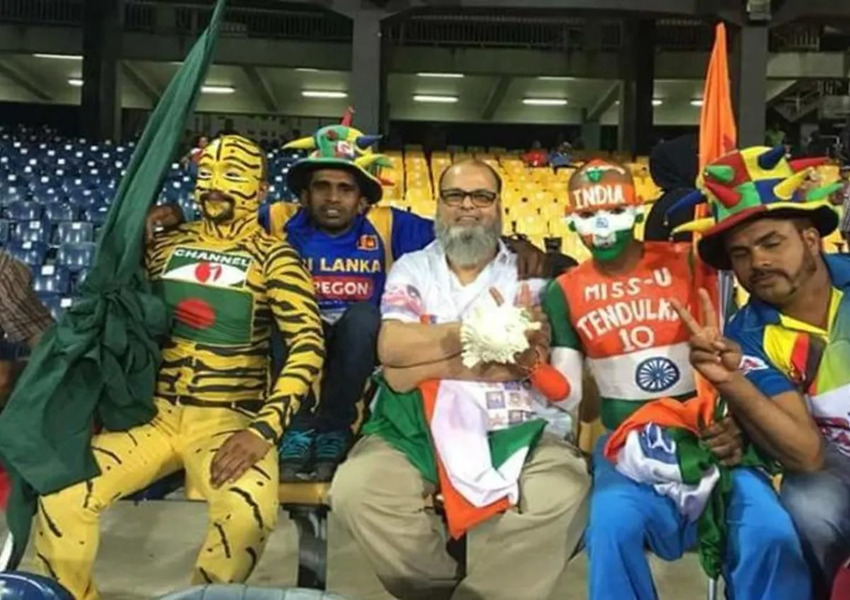 It’s been 10 years since they last played a bilateral series and so, along with the World Cups, Asia Cup is the only way for cricket fans to watch India play Pakistan. The Indian Express looks at their meetings in the last five editions of Asia’s continental cricket tournament.

2010: A not so warm, hot confrontation in Dambulla

Billy Bowden had to put a hand in between Gautam Gambhir and Kamran Akmal. Billy Doctrove had to intervene in the verbal exchange between Shoaib Akhtar and Harbhajan Singh. The drama didn’t stop during the drinks break. The drama didn’t stop even after the match winning six. A television treat for the broadcasters and the fans, India and Pakistan played a 500 plus run ODI humdinger that was undecided till the 599th of the 600th delivery.

A year before they would score two of the most popular fifties in Indian ODI history, Gautam Gambhir and MS Dhoni did the same to lead India’s chase of 268. “The Champions Trophy (defeat in 2009) was fresh in my mind, this was payback time,” said Gambhir, player of the match.

But it took Suresh Raina and Harbhajan Singh to wrap it up in the final over. The off spinner celebrating his winning hit, helmet off, screaming as he looked towards Akhtar on the boundary and the latter not holding back his emotions are visuals the watchers won’t forget.

“Wasn’t cool today. With a match like this, especially against Pakistan, you can never be cool. Thanks to Bhajji, you can call him an allrounder now,” summed up the Indian captain.

The moment when Sachin Ramesh Tendulkar crosses Virat Kohli on his way back to the pavilion in the 2011 World Cup final is framed in the Indian cricket mythology. The passing of the torch from a batting messiah to a superstar who could and did express his interest in lifting that burden on his shoulders. If it wasn’t till then, India’s 2012 Asia Cup meeting with Pakistan did confirm that he could. Chasing 331, Tendulkar was back in the dressing room after a crucial 52 off 48 but with almost 200 runs left to chase.

Kohli, who had already released a chase action sequence in Hobart against Sri Lanka with NRR and a place in the final involved, gave the demanding Indian fans another. 183 off 142 deliveries, 22 fours and two sixes. Even though the defending champions did keep their hopes for the final alive, Bangladesh would beat Sri Lanka and snatch that ticket away later. The takeaway, if any, for India was that Sachin Tendulkar had left (as the outing would eventually turn out to be his last in the format) and Kohli had indeed taken over the wheels.

A day after he turned 34, Shahid Afridi took the number a little too seriously. In what was one of the closest fixtures between the two teams in the 21st century, Afridi took India’s newly famed spin duo of Ravindra Jadeja and Ravichandran Ashwin to the cleaners, seeing off a one-wicket Pakistan win in the final over.

The Virat Kohli led-Indian team mustered a total of 245 runs, with Rohit Sharma, Ambati Rayudu, and Ravindra Jadeja scoring fifties. With Pakistan’s top order adding 96 inside 17 overs, the 2012 Asia champions looked set on course to a smooth win but Ashwin and Amit Mishra turned the tide in India’s favor, only momentarily as Afridi’s cameo of ‘34’ off 12 deliveries snatched the game away from the men in blue. The win marked Pakistan’s fifth against India in the tournament out of the overall 10 meetings.

After a five-year ban for match fixing, Mohammad Amir marked his return to cricket in January 2016 Pakistan tour of New Zealand. The then 23-year-old was at the center of all the pre-match talks for Pakistan’s Asia Cup opener against India, a T20 first in the tournament, a month later. And he would justify the hype once he got the ball in his hands. Even though Hardik Pandya leading the Indian bowling charge with a three-fer had made sure Pakistan didn’t have much to defend, Amir still made it anything but a cake walk for India to chase 84 off 120 deliveries.

The left-arm quick got both the Indian openers, Rohit Sharma and Ajinkya Rahane for a duck in his first over and then Suresh Raina in his second, leaving India 8/3. Virat Kohli’s 51-ball-49 restored parity for India and eventually took them across the line. A year later, Amir would pick another three-fer against India, one that saw Pakistan win the Champions Trophy final.

2018 marked the return of the ODI format tournament. It saw India and Pakistan hyphenated twice but neither of the fixtures lived up to its previous reputation as India trounced their neighbourly rivals twice within a span of four days. India bettered their eight-wicket win chasing 163 in the group stage with a nine-wicket win in the Super four match against Pakistan, chasing 238. A clear gulf was visible between the two teams in overall quality in a country touching the Arabian gulf.