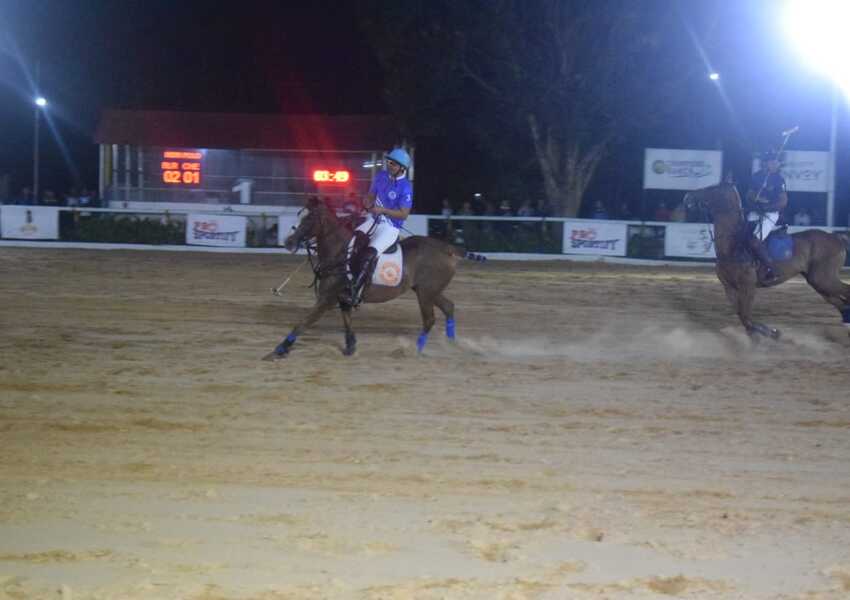 Bengaluru witnessed a scintillating evening of polo this past weekend as the Indri Arena Polo Cup was played under floodlights at the ASC Centre & College’s polo arena. In a high scoring & exciting match Chennai beat Bangalore 10-8 with Chennai’s Dhruvpal Godara emerging as the highest goal scorer of the match.

It was a well fought contest with Basheer Ali of Bangalore trying his best to get his team to win, but Chennai proved to be consistent through the game ending up triumphant. Capt Raumik & Dfr Ram Singh were the other players for the Bangalore side. Aficionados of polo are now looking forward to more such arena polo matches at the India Arena Polo League which takes place later this year.

The Bangalore polo season is currently underway with action set to shift to Jaipur soon. The game of polo which originated in India is fast gaining traction & popularity across the country. Sponsors seem to be lining up to support the game as was evident in Bangalore and viewers too are flocking to watch the action live and learn more about the game.

Polo was one of the few sports which did not see its seasons disrupted much over the last couple of years in India. Our players too have honed their skills and are regularly seen playing in foreign countries in the summer months when the weather does not permit play in India.

In fact, the Indian team is also gearing up to play in the Polo World Cup next month. Here’s wishing them the best in their efforts to bring the cup back to India.