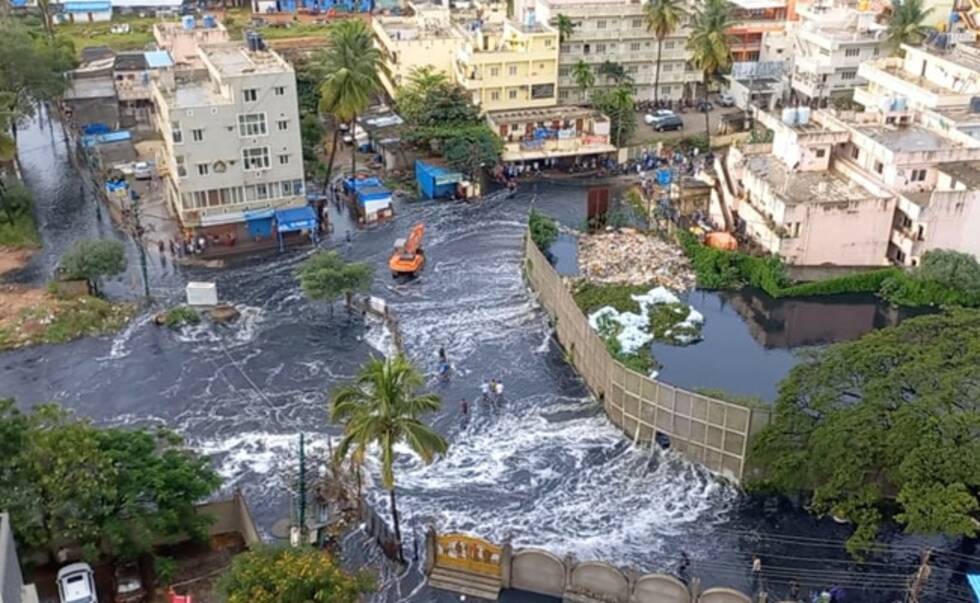 BENGALURU: The insurance providers are bracing for a massive rise in claims for damaged cars and property as floodwaters start receding in Bengaluru, with initial estimates showing losses running into millions of rupees.
Three days of heavy rainfall from Sept. 5 saw homes and offices in Bengaluru’s IT corridor flooded, sparking chaos and raising questions over poor urban planning. Luxury cars and homes were submerged and some millionaires had to evacuate their homes.

Now, as residents start evaluating their losses, many were gearing up for delays in assessments by insurance companies because of the number of claims being filed.

“My car was parked in the basement when the heavy rains struck. The insurance staff took four days to survey the car, towed it to a garage to check the damages before processing the insurance claim,” said Prabha Dev, a 38-year-old homemaker.

“After the check, I was informed that the car is beyond repair,” she said, but added she is still holding out hope that her local garage could help get it back running.

While insurance providers say a final estimate on claims filed will only be known in the next couple of weeks, several companies said they were already handling hundreds of requests from the affected areas and were expecting more.

“High value claims of premium segment vehicles such as BMW, Mercedes and Audis have been reported. Based on claims reported till September 13, losses for premium vehicles affected in the Bangalore floods is estimated to cross 100 million rupees ($1.26 million),” said Sanjay Datta at ICICI Lombard General Insurance.

“We are expecting approximately 100 more flood loss claims to be intimated in the next few days.”

Acko General Insurance Ltd said it had received over 200 claims for flooding incidents, of which around 20% were for total losses of vehicles, while an executive with Reliance General Insurance, who did not want to be named because he was not authorized to speak to the media, said claims of about 50 million rupees had already been filed.

Bajaj Alliance said monsoon-led damage in Bengaluru had resulted in property claims rising by almost 100%, with a double-digit increase in motor claims.

The companies are among the biggest insurance providers in the country.