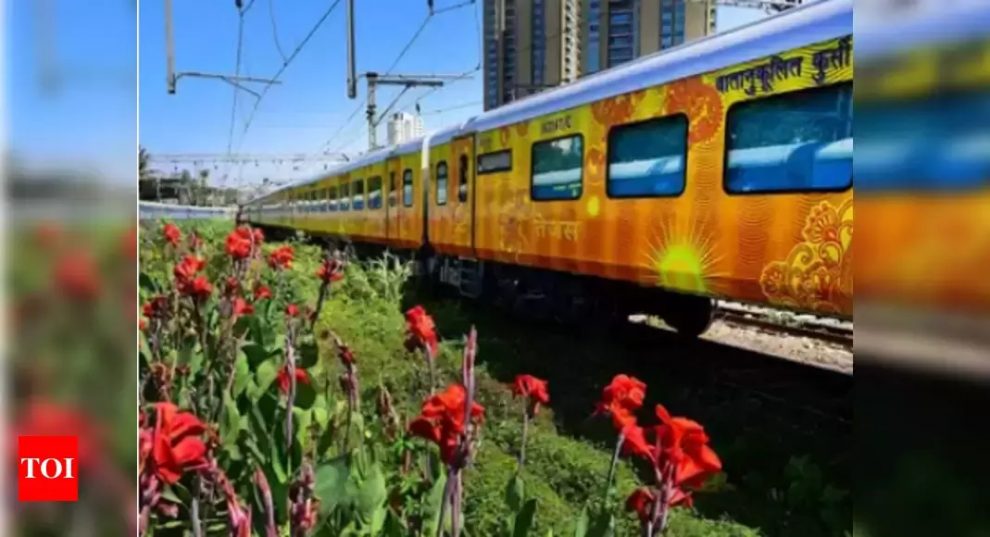 NEW DELHI: Indian Railways’ subsidiary IRCTC on Tuesday announced cancellation of three passenger trains it operates till April 30 in view of the Covid-19 situation in the country.
However, railway ministry sources said this decision by IRCTC should not be seen as any indication of whether cancellation of other passenger trains will be extended beyond the 21-da lockdown.
“IRCTC has full freedom to take decisions on cancellation or operation of Kashi Mahakal Express (Varanasi to Indore) and two Tejas trains on Lucknow-New Delhi and Ahmedabad-Mumbai routes. No decision has been taken till now so far as other passenger trains are concerned. We still have a week. It all depends on whether the lockdown will be extended or lifted,” said a source.
Meanwhile, the railway ministry has been holding series of meetings to work out strategies to run passenger trains after the lockdown is lifted.
Sources said several suggestions are on table, including running some essential trains while ensuring social distancing among passengers inside coaches and also how to restrict the number of passengers.
There is also a possibility that the railways would take a decision on running trains in particular states only after holding consultations with the state government concerned on most Covid-affected regions and whether those areas could be left out for some time.
On its part, IRCTC said there will be full refund of booked tickets during this extended cancellation period and people won’t require to cancel their tickets as it will be done automatically.

Parliament to meet at 2 pm on Monday