It is still too early to compare Babar with one of all time greats Virat: Wasim Akram - Govt.in - Telling the truth- always! 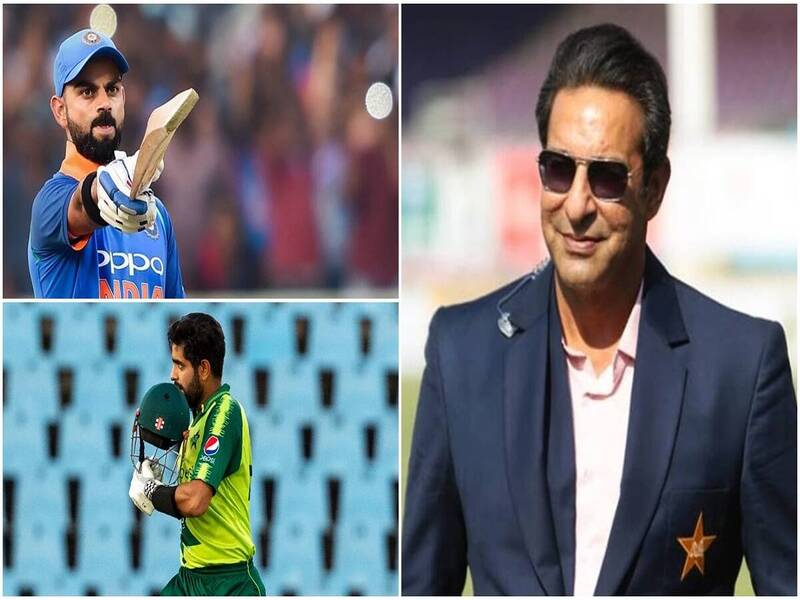 Virat Kohli has struggled for runs over the past two years but Pakistan legend Wasim Akram feels the former India captain remains one of the all time greats and comparing Babar Azam with him is still a bit premature.

All eyes will be on Kohli when India meet Pakistan in their Asia Cup opener in Dubai on Sunday. Kohli will come into the match with a fresh mind having taken a break for the away series against the West Indies. While Kohli has gone through an extended lean patch with no hundred since November 2019, the much younger Babar seems to be at the peak of his powers and doing well across formats. “First of all let me start by saying that criticism from Indian fans against Kohli has been unnecessary. He is one of the greatest of all times not just this era. He still fit as a fiddle. He is still one of the best fielders in the Indian squad.

“As they say class is forever and that is Virat Kohli. Hope he doesn’t come back to form against Pakistan but he will come back eventually,” said Akram in a press conference organised by Star Sports, the official broadcaster for Asia Cup.

On Babar being compared with Kohli, the former Pakistan captain said it is still a tad too early. “The comparisons are only natural. When we played people used to compare Inzamam, Rahul Dravid and Sachin Tendulkar. Before that it was Sunil Gavaskar Javed Miandad, G Vishwanath and Zaheer Abbas. “Babar has been very consistent, because he has got the right technique. He is very hungry and very fit. He is still a young captain but is learning very fast. However, comparisons with Virat it is too early.

‘Shaheen’s absence big setback for Pakistan’ Shaheen Afridi, who had rocked India’s top order in the T20 World Cup last year to set up a 10 wicket victory, has been ruled out of Asia Cup due to a knee injury. Putting him among the top three bowlers of the world, Akram said Shaheen’s absence changes a lot for Pakistan.”Shaheen Afridi will be missed a lot. He is important because of the new ball. In this format if you have to restrict the opposition by taking early wickets and that is what the does. He attacks the stumps in all formats.

“There was criticism when he did not take a break but he is only 22. He has got a knee injury which takes time to heal and you always fear that it might come back. He is one the world’s top three bowlers so a big setback for Pakistan.

“There is still pace in the bowling department but there is no variation (in the absence of Shaheen’s left arm pace). They all are right handers,” Akram rued.Among the Indian players, he is looking forward to see Suryakumar Yadav in action.”I saw him first when I was with KKR, he played couple of shots (the pick up shot off middle stump), that is a very unusual shot to master. Since he made into indian squad he has been a treat to watch. He is actually a 360 degree player,” he said.

The Pakistan great also predicted that it will be the most closely fought Asia Cup ever with the gap between teams reduced drastically.

“It will be the best Asia Cup ever in my opinion. Earlier there used to be India Pakistan and Sri Lanka but now all teams are dangerous including Afghanistan and Bangladesh,” added Akram.