Ivanka out, Melania not sure: What Donald Trump’s family thinks of a second term - Govt.in - Telling the truth- always! 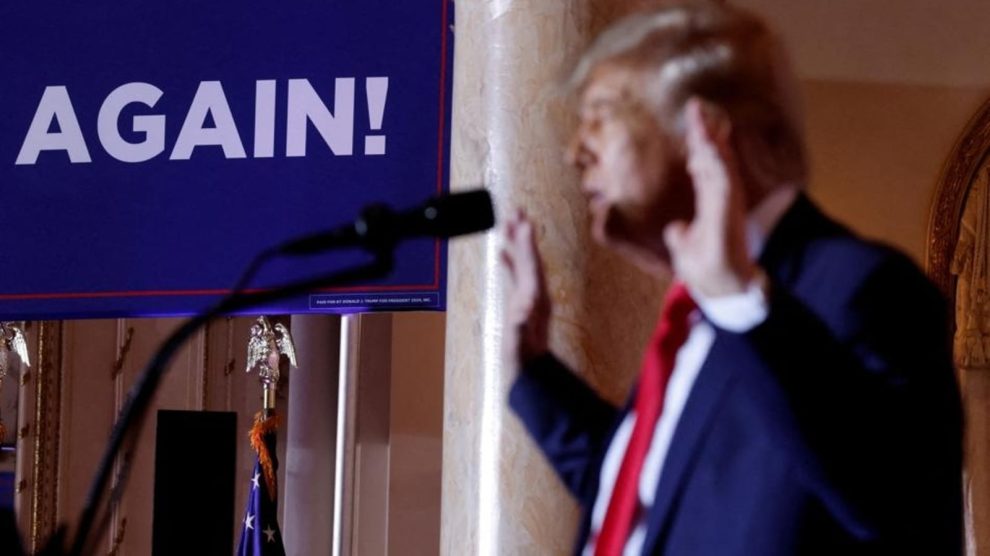 Donald Trump announced a new run for the White House in 2024, unmoved by the US midterm elections results in which many of the most high-profile Republican candidates that he backed lost their races. Republicans predicted a red wave which did not materialise as Republicans only won a tiny majority in the House but Democrats retained the Senate.
‘America’s comeback starts right now’: Trump announces his US presidential bid | Top quotes
Following the results, Donald Trump was criticised but it did not stop him from announcing his White House bid. But this time around, his family is also not sure if he should run for the position.
Melania Trump, who never appeared to particularly enjoy her time at the White House, does not appear to be very happy about Donald Trump’s announcement although in an interview in May, she answered enigmatically: “Never say never.”
Donald Trump has also admitted before that Melania had a rough time in White House, “It hasn’t been a joy ride”.
Donald Trump ‘most dangerous person in US’, his niece says. Then, gives reason
Donald Trump’s son Donald Trump Jr is clearly all in on his father running again. “I think he’s got more energy than any human being I know, so I’m probably not too worried about that ever happening,” he had earlier said although he remained absent from his father’s campaign launch, telling reporters that he was away hunting.
Ivanka Trump appears to not want to be a part of a Trump 2024 campaign, pointedly skipping his launch event and then telling reporters that she “[did] not plan to be involved in politics”.
Donald Trump begging daughter Ivanka to join him for campaign launch: Report
”This time around, I am choosing to prioritise my young children and the private life we are creating as a family. While I will always love and support my father, going forward I will do so outside the political arena,” Ivanka Trump said.
(Except for the headline, this story has not been edited by GOVT.in staff and is published from a syndicated feed.)