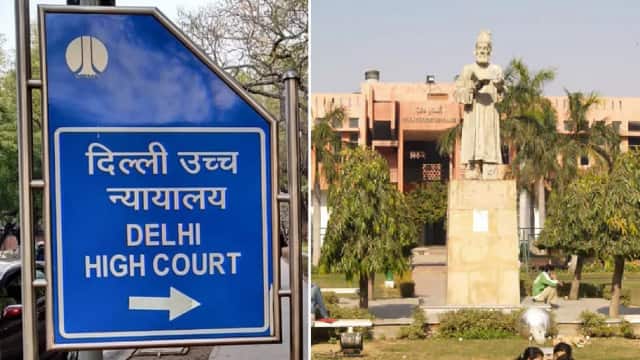 The university may release the first merit list for admission to undergraduate courses on the basis of the Central University Joint Entrance Examination (CUET) on September 26. Let us tell you that the UGC has set up a tent.

Jamia University may release the first merit list for admission to undergraduate courses on the basis of the Central University Joint Entrance Examination (CUET) on September 26.Let us tell you that the UGC had released a tentative schedule, in which the deadline is 26 September.Let us tell you that many universities including DU, JNU and Jamia are giving admission on the basis of CUET this time.This time the admission to 70 thousand seats of DU is being done through CUET.After the release of the first list, admission will be held from October 29 to October 1.The second list will come on October 6 and the 10-12 admission window will remain open.After this, the third list will come on 17th and admissions will be held till 20-21.After this, the list for the fourth and vacant seats will come on 26 October and can take admission from 28 to 31.Classes will start from 3rd October.

Earlier, Jamia registrar Nazim Hussain Jafri said, “We have sought information from National Testing Agency regarding CUET marks, as soon as we get the information, we will start admission.”This time admission will be given in ten courses.Replying to a question whether Jamia will include some more of its subjects in the entrance exam under CUET next year, he said that it is a policy decision and nothing can be said about it yet.Based on CUET Jamia BA Honors Hindi, BA Honors Sanskrit, BA Honors French & Francophone Studies, BA Honors Spanish & Latin American Studies, BA Honors Economics, BA Honors History, BSc in Biotechnology, Bachelor in Vocational (Solar Energy), BSc Honors Physics and BA Honors in Turkish Language and Literature.

DSSSB: DSSSB released the dates of many recruitment examinations of October and November
UP Police Recruitment: Competition among 222 candidates for one post, new notice issued for 2430 vacancies