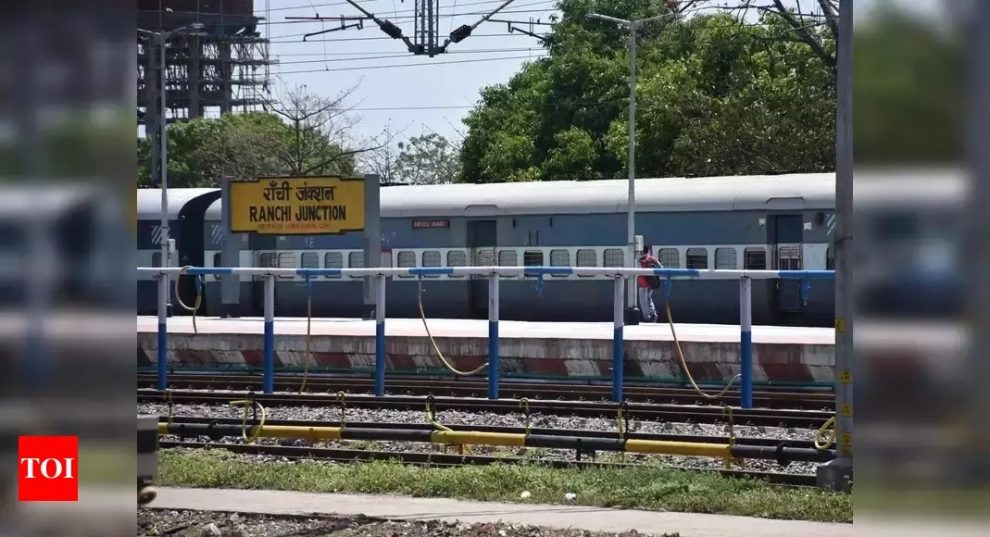 RANCHI: Jharkhand reported its first confirmed case of Covid-19 after a Malaysian woman tested positive for the virus, a senior official said on Tuesday. The woman was traced to a city mosque, along with 23 others, on Monday and lodged in a quarantine centre.
“A Malaysian woman, who is among the 24 people found staying in a mosque in Ranchi, has been found positive. She is absolutely normal and asymptomatic,” principal secretary (Health) Nitin Madan Kulkarni said.
The 24 people, including foreign nationals, were traced to the mosque at Hindpiri in the city the previous day.
Jharkhand health minister Banna Gupta told reporters that the woman has been kept in the isolation ward of a hospital.
He said efforts were on to search people who came in contact with her during her stay here.
This is Jharkhand’s first positive case of coronavirus, which has infected over 1200 people across the country.
The state has been observing the ongoing 21-day lockdown announced by Prime Minister Narendra Modi to check spread of the virus.
According to an official, the 22-year-old woman came to Ranchi on March 17 along with 23 others, including foreign nationals, and was staying in the mosque before the administration spotted them on Monday and sent all to a quarantine facility.
He said that samples of all the 24 people were sent for examination and the woman tested positive for Covid-19.
Rajendra Institute of Medical Sciences (RIMS) director D K Singh said that arrangements were being made to bring her to the isolation ward of the hospital.
Ranchi deputy commissioner Rai Mahimapat Ray and senior superintendent of police Anish Gupta appealed to Ranchi residents to stay indoors and not to give any attention to rumours on social media in the wake of this development.
Officials are collecting details about the woman and 23 others.
The Ranchi deputy commissioner also appealed to the passengers who travelled by New Delhi-Ranchi Rajdhani Express (Train No. 20840-B1 Coach) on March 16 and reached here on March 17 to call him on WhatsApp No. 943108333 or 1950, a helpline number for Covid-19.
The woman had travelled in that coach.

Advisories issued for agricultural activities; move to ensure supply of fruits, vegetables during lockdown
Tally of COVID-19 cases and deaths in India at 7:30pm on March 31

Nirbhaya convicts leave no stone unturned to escape gallows, fail to get relief