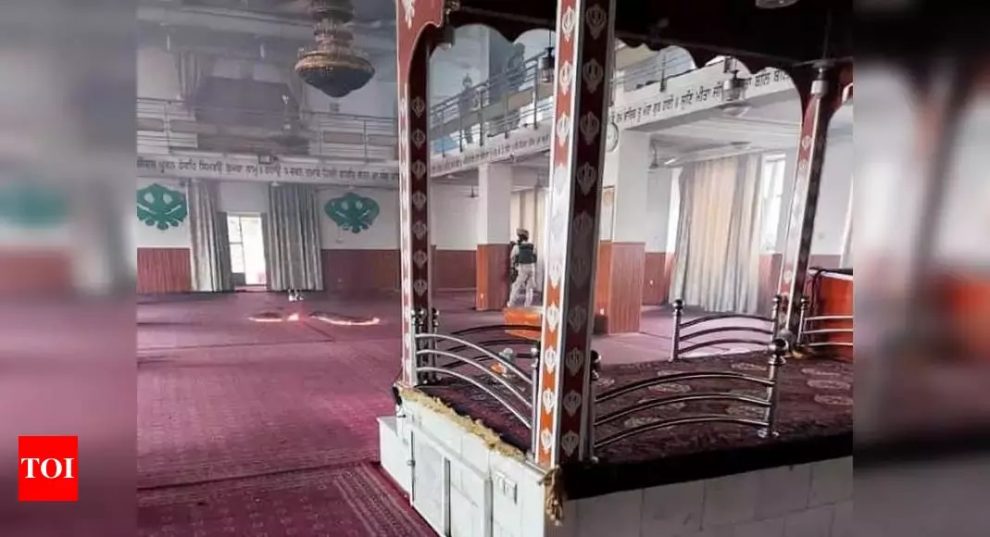 NEW DELHI: Pakistani national and ‘emir” of Islamic State Khorasan Province, Mawlawi Abdullah aka Aslam Farooqi was arrested by Afghan security forces as the mastermind of the Kabul gurdwara attack last week which killed over 25 people.
Aslam Farooqi is an ex-militant commander of Lashkar-e-Taiba, distinct from previous ISKP leaders who were recruited from Tehreek-e-Taliban Pakistan (TTP) or other disaffected Afghan Taliban cadres. The arrest brings into sharper focus ISKP’s Pakistan connections.
Hussain Ehsani, Kabul-based security analyst told TOI, “This is a great achievement by the NDS. Due to the structure of the group, I think this would weaken the ISKP. But equally important, the NDS statement said in his confession Farooqi has said ISKP has a good relationship with the LeT and Haqqani network.” He said, it is likely that LeT chooses the targets in Afghanistan, Haqqani network implements the attacks and ISKP takes responsibility.
Farooqi heads one of the two main factions of the ISKP. Given his close ties with LeT as well as Pakistan’s ISI, Farooqi, who belongs to the Mamozai tribe from the FATA region of Pakistan, leads the mainly Pashtun faction. That, said sources, gives them greater acceptability with other Pashtun groups, including the Afghan Taliban and the Haqqanis. It has to be remembered that LeT was established in Afghanistan’s Kumar province.
The arrest of Farooqi, said sources here, should help in uncovering a number of connections to Pakistan. His faction of the ISKP gets funding and support from across the border.
The Kabul gurdwara attack used an Indian national Muhsin Tikaripur from Kasargod, Kerala as one of the attackers, largely to divert attention, said security sources. But Indian agencies had been focusing on the Pakistani connection to the attackers because Sikhs have a long history in Afghanistan. In 2018, Sikhs had been targeted in yet another attack claimed by the ISKP.