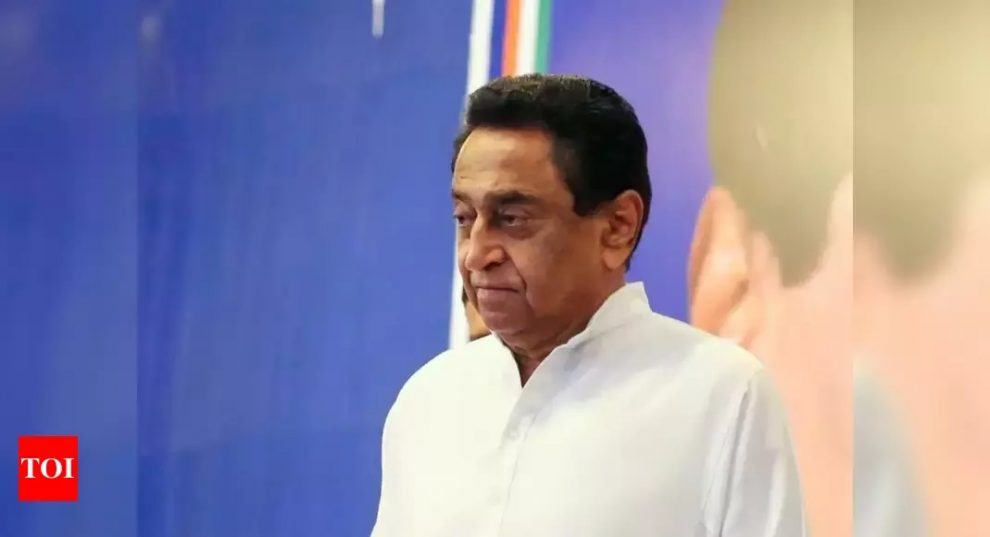 BHOPAL: In four decades, political life has come full circle for Congress veteran Kamal Nath who could hold on to the chief ministerial chair in Madhya Pradesh for just over l5 months.
Chants of ‘Jai Jai Kamal Nath’ had filled the air as Nath reached Bhopal in December 2018 with the mandate from his party leadership to be anointed to the top post in the state.
Described by the late Indira Gandhi as her “third son” for helping her take on the post-emergency Morarji Desai-led regime in 1979, Nath occupied the CM’s post with the support of the former prime minister’s grandson Rahul Gandhi after the Congress returned to power in the state after a 15-year-gap.
Supporters of Nath, 72, had credited him for wresting this important central Indian state from BJP’s Shivraj Singh Chouhan, who from 2003 to 2018 became the longest-serving chief minister of Madhya Pradesh.
Nath’s former colleague Jyotiraditya Scindia, 49, joined the BJP earlier this month, beginning the countdown for the fall of the Congress government in the state.
When Scindia said that he will hit the streets if promises made in the poll manifesto are not fulfilled by the then he will hit streets, Nath had dared him to do so, prompting the former royal to pull off a coup of sorts which culminated in the fall of the Nath-led regime.
Congress observers say Nath was made the chief minister keeping in mind likely political maneuvering ahead of the 2019 Lok Sabha polls but that premise proved hollow as the Congress was virtually wiped out in those polls, losing 28 out of 29 seats in the state, including that of Scindia, to the BJP.
Nath’s supporters say that as the then state Congreess chief, he made efforts before the 2018 elections to bring together senior party leaders, former chief minister Digvijay Singh, Scindia and Suresh Pachouri, well aware that groupism may have had a role in keeping the party out of power for 15 years.
Under Nath’s leadership, the state Congress focused its campaign on “unfulfilled” promises of Chouhan, whom the party dubbed as “ghoshnaveer” (a man of hollow promises).
Over a year later, Scindia used the same ‘unfulfilled promises’ bogey to topple the Congress government in the state by engineering resignations of 22 MLAs.
Born in Kanpur in Uttar Pradesh to businessman father Mahendra Nath and mother Leela, Nath is an alumnus of the prestigious Doon School in Uttarakhand.He graduated from St Xavier’s college, Kolkata, before plunging into politics. The former Union minister has also been a Member of Parliament nine times since 1980.