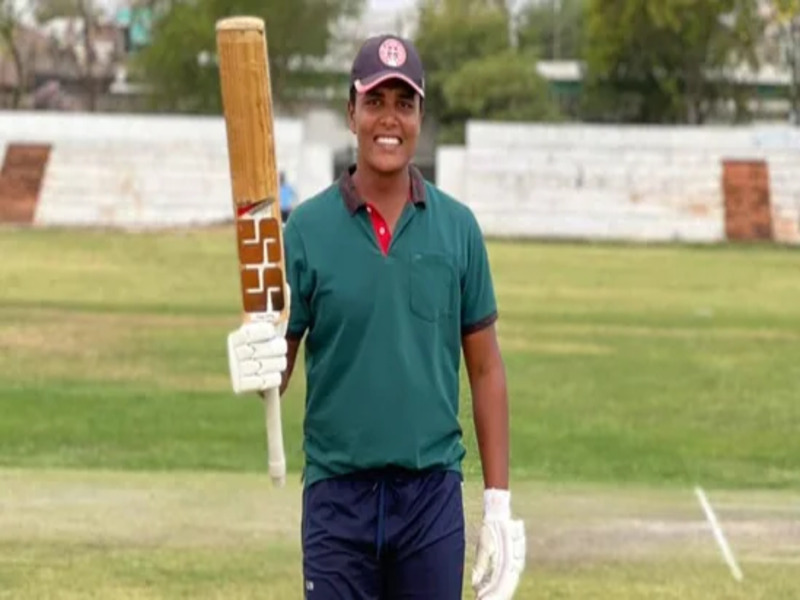 During her university days, Kiran Prabhu Navgire was into track and field. She won around 100 medals in different athletics events, including a javelin gold in 2011-12 inter-varsity games. Cricket was her second sport, despite the fact that, while growing up, her idol was MS Dhoni.

It was only in 2016, at the age of 22, that she realised her potential in cricket. Now five years down the line, she was named in the T20I squad for next month’s women’s tour of England. “She was playing a university game at Azam Sports Academy in Pune. I saw her smashing sixes for fun. Her power-hitting left me amazed. I and our president Dr PA Inamdar went to her after the match and asked her at which club she is training,”

“After listening to Kiran, I looked at Inamdar sir and we both said at the same moment ‘Isko khud ke potential ka nahi maloom’ (She doesn’t realise her own potential),” says Shaikh, who is Kiran’s first coach. Kiran agreed to take cricket seriously only after Inamdar and Shaikh told her that she won’t have to pay a single penny. “She comes from a very humble background. Back in Solapur, her parents are farmers. We told her that everything will be taken care of. You just come and play cricket at our academy,” says Shaikh.

A move to Nagaland

In 2016-17, she made 429 runs in five matches at an annual tournament organised by the Pune District Cricket Association. In 2017, she got selected for the Maharashtra team but soon made a move to Nagaland, which turned out to be a life-changing decision for her.

Kiran single-handedly took Nagaland to the quarterfinals, where she scored 56 against Kerala, her fourth half-century, but ended up on a losing side.

Her six-hitting prowess got her picked for the Velocity in the Women’s T20 Challenge. Batting at 3, Kiran smoked a 34-ball 69, including five sixes and five fours. Kiran teed off with a slog-swept six over deep midwicket against Salma Khatun, a Bangladesh international.

“She is a natural power-hitter. I don’t know the exact reason but she once told me that her strength comes from helping out on her family’s farm as a child and from the variety of sports she played growing up. She used to throw shot put and javelin, maybe that’s the secret of her power-hitting,” says Shaikh.

“She is a big MS Dhoni fan. Every day at the nets, she would try to imitate that 2011 World Cup-winning six, smashed by Dhoni,” laughs Shaikh. Her strokeplay got Kiran recognition but then came the reality check in the next match. Kiran got a 13-ball duck, and was hit on the helmet by Deandra Dottin.

“Just cricket happened to her in the second game. A reality check for her that every day she can’t hit sixes for fun. That zero changed her mental approach towards the game,” says Shaikh. “Post Women’s T20 challenge, she started thinking like a professional. Earlier, she used to do one net session, but now from 4:30 am to 10 pm, she would be at the academy. She will eat in the canteen only.”

“This tour will be a big learning curve for her, and hopefully, she will get a game to showcase her talent,” he signs off.