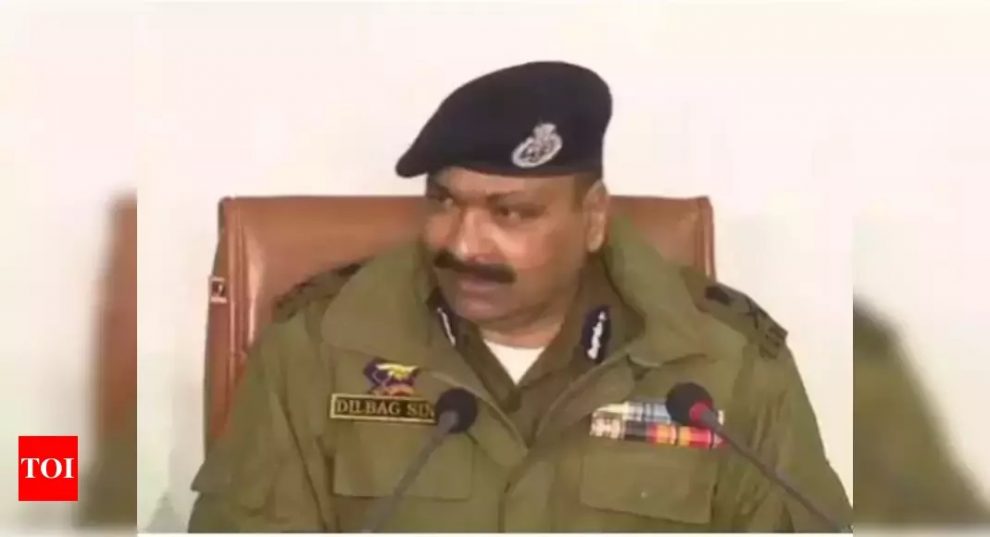 SRINAGAR: : A joint team of security forces busted a fringe group associated with Lashkar-e-Taiba and arrested six of its members from north Kashmir’s Baramulla district on Sunday. Earlier on the same day, five overground workers (OGWs) associated with Hizbul Mujahideen were arrested from south Kashmir’s Shopian district.
Those arrested from Baramulla’s Sopore area are part of a 10-member module tasked with reviving the outfit in north Kashmir, DGP Dilbagh Singh said on Monday. They were in touch with a Lashkar handler from Pakistan who had deputed them for recruiting local youth for the outfit to carry out terror activities in Sopore. They also provided shelter and logistic support to active terrorists operating in north Kashmir. A pistol and 12 hand grenades were recovered from their possession, DGP Singh said. Four other members of the group, known as ‘The Resistance Front or JK Fighter’, are yet to be arrested.
Cops initially apprehended four group members — Sopore residents Ahtisham Farooq Malik, Shafqat Ali Tagoo, Nisar Ahmad Ganai, Musaib Hassan Bhat — who told them about their arms supplier Kabir Lone in Kupwara. Lone’s arrest led police to Sharafat Khan, a class IV employee of the health department and one of their associates, also from Kupwara.
During questioning, Sharafat Khan revealed a location in Keran area of Kupwara district where they had stashed arms and ammunition. A police party went to the said spot and recovered six AK-74 rifles, two AK-47 rifles, 25 AK magazines, 750 rounds of 7.62mm ammunition, nine 9mm pistols, 16 pistol magazines, 351 rounds of pistol ammunition, 77 hand grenades and 21 detonator fuses, a police spokesperson said.
Further questioning is on, the spokesperson said, adding that more arrests are expected soon.
Earlier on Sunday evening, cops conducted raids in Shopian’s Zawoora, Kathohalan, Arihal and Shadab Karewa villages and arrested five OGWs affiliated with Hizbul Mujahideen. Some incriminating material and Hizb posters were recovered from them. Police have registered a case against the five under the Unlawful Activities Act and are interrogating them.