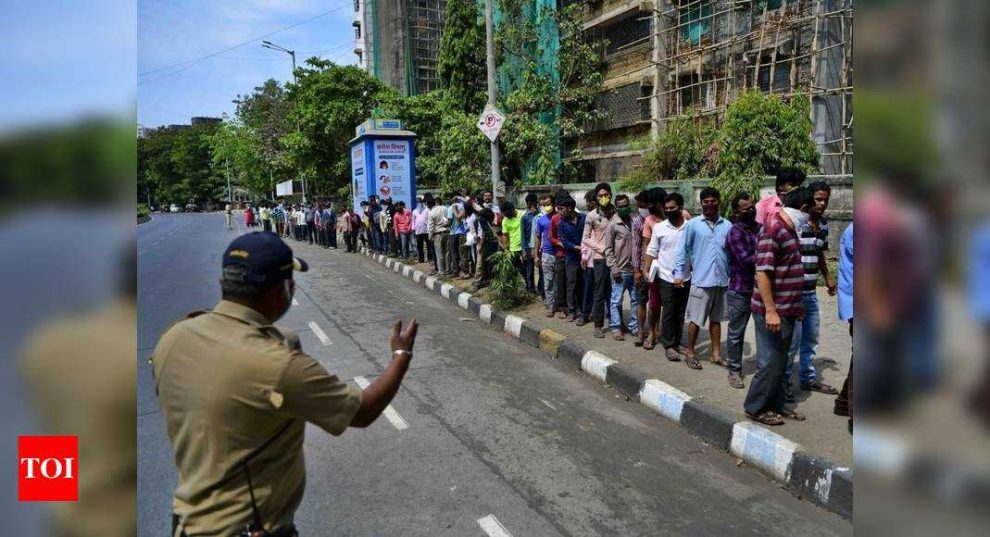 MUMBAI: Amid the nationwide lockdown to contain the spread of coronavirus, the Maharashtra government has set up 262 relief camps for migrant labourers where they will be provided food and shelter, chief minister Uddhav Thackeray said on Monday.
Since the 21-day lockdown was announced last week, there has been exodus of migrant workers from big cities as they are desperate to return to their villages after being left jobless and many of them without food or shelter.
Thackeray earlier appealed to migrant labourers not to leave the state and assured to provide them all assistance.
In a tweet on Monday, the chief minister said food and shelter was being provided to migrant workers and homeless people at relief camps.
“Maharashtra government has set up 262 relief camps across the state which is presently providing shelters to 70,399 migrant labour or the homeless people to ensure that they have food, and a roof in this crisis,” he tweeted.
The central government on Sunday ordered the sealing of state and district borders across the country in a bid to stop community transmission of coronavirus by migrant workers, and warned that violators will face 14-day quarantine.
Prime Minister Narendra Modi, in his ‘Mann Ki Baat’ radio broadcast, sought the nation’s forgiveness for the hardships caused by the stringent nationwide lockdown, saying it was necessary because the country was fighting a battle between life and death.
He, however, expressed confidence that “we will definitely win the battle” against the coronavirus menace.