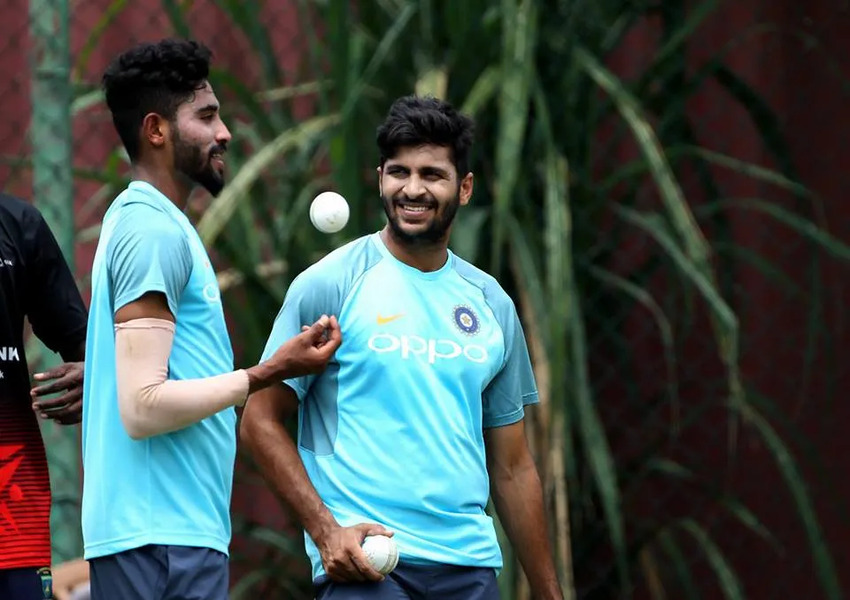 Shardul Thakur claimed three before Sanju Samson notched up 43* as India beat Zimbabwe by five wickets to win their three-match ODI series with a game to spare. India dismissed the home side for 161, with Shardul removing opener Innocent Kaia (16), captain Regis Chakabva (2) and Luke Jongwe (6) with some fine swing bowling. The medium-fast bowler replaced Deepak Chahar in the only change from the Indian team that won the first ODI by 10 wickets.

Often hailed as the man with the golden arm, Thakur was asked about his wicket-taking ability, to which he responded with his plan to hit the right length. “Lord, you didn’t play the first match… what was your plan in the second one,” asked Siraj in a video shared by the BCCI. “I saw your bowling lengths before I came in to bowl. I discovered the right length that would trouble the batters here. My plan was simple,” replied Shardul.

Thakur, known as the Palghar Express after the town north of Mumbai where he was born, returned 3/38 in his seven overs, while all other Indian bowlers picked a wicket each. Only Sean Williams and unbeaten Ryan Burl made any impact against the Indian attack, hitting 42 and 39 respectively.

But the modest total of 161 didn’t challenge India, who rode Samson’s unbeaten knock to go 2-0 up in the three-match ODI series. Samson faced 39 deliveries over 51 minutes and smashed four sixes and three fours as India recovered from losing skipper KL Rahul LBW for one to reach 167-5 with 146 balls remaining.

Opener Shikhar Dhawan and fellow top-order batsman Shubman Gill contributed 33 runs each. But it was Samson who helped India get past the finish line. The unbeaten 43 and three catches earned him the Player of the Match award and the wicketkeeper-batter said he enjoyed his time in front of the stumps.

“I took three catches but I missed a stumping – as wicketkeepers we are used to being told about things we did not do well,” he said in the post-match presentation.

“I really enjoy wicketkeeping and contributing to this win. In this match the fast bowlers picked the length much quicker and I really enjoyed that.”
(Except for the headline, this story has not been edited by GOVT.in staff and is published from a syndicated feed.)