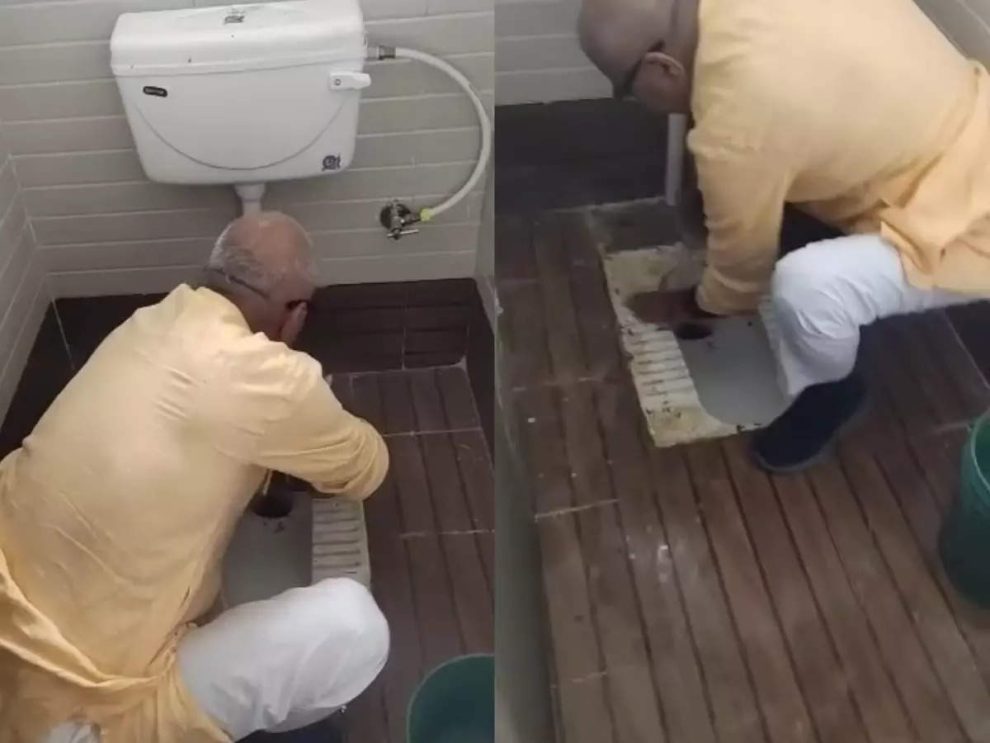 Bhopal: In a video that has gone viral on social media, Janardan Mishra, a BJP Member of Parliament from Madhya Pradesh, can be seen cleaning the toilet at a girls’ school in the state with his bare hands. A tweet from the BJP MP said that under the “Seva Pakhwada” currently being run by BJP Yuva Morcha, the youth wing cleaned the toilets of Khatkhari Girls School. This exercise followed a tree plantation drive at the school’s premises.
According to reports, the youth wing of the BJP is running a cleanliness drive from September 17, which is Prime Minister Narendra Modi’s birthday, to October 2, the birthday of Mahatma Gandhi. As part of this initiative, Mr Mishra visited the school to participate in a tree-plantation drive.

During his visit, the MP from Rewa constituency noticed the unhygienic condition of the toilet at the girls’ school and decided to clean it with his bare hands and all by himself.

Mr Mishra later said that it is one’s duty to maintain hygiene and cleanliness – a message that has been delivered by Mahatma Gandhi and Prime Minister Modi. He added that this wasn’t the first time that he took part in such a cleanliness drive.

Prime Minister Modi had launched the Swachh Bharat Mission on October 2, 2014. Under the mission, all villages, panchayats, districts, states and union territories in India declared themselves “open-defecation free” by October 2, 2019, the 150th birth anniversary of Mahatma Gandhi. As part of this project, more than 100 million toilets were built in rural India, according to government data.