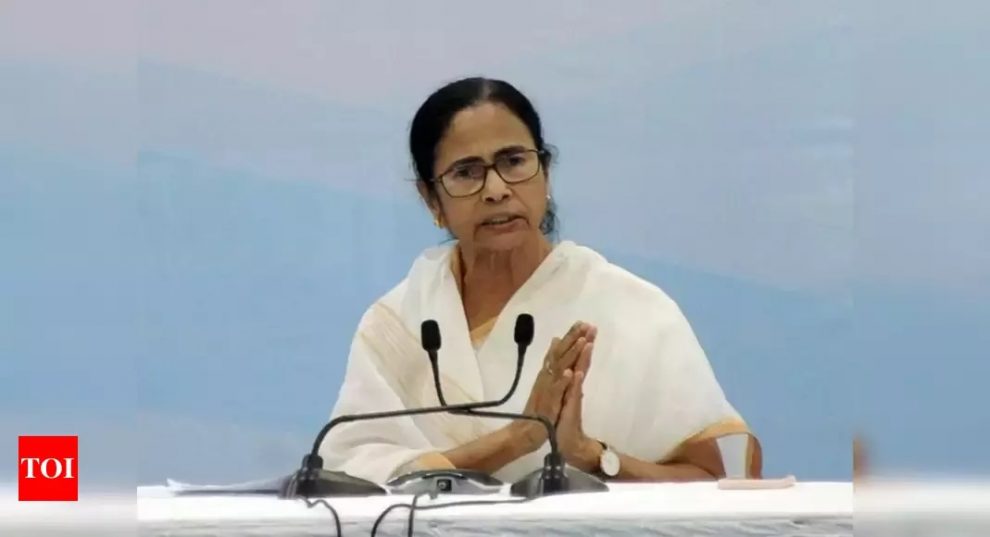 KOLKATA: West Bengal chief minister Mamata Banerjee wrote to Prime Minister Narendra Modi on Wednesday, seeking financial assistance of Rs 25,000 crore to fulfil the state government’s commitments of providing free ration to the people and continuing other welfare schemes amid a dip in the revenue at a time when all businesses are shut due to the nationwide Covid-19 lockdown.
In the letter, Mamata Banerjee stated that the West Bengal government needs assistance from the Centre to cope with the unprecedented “impasse to fight against the Covid-19 pandemic”.
“Our state finances like that of many other states, is in a dire situation with practically no revenue flows after the closure of all businesses. Despite this, we have somehow been able to pay the salaries, wages and pensions of government employees this month though some major states of the country could not do that on full. And even with the massive debt trap left behind by the previous government, we were able to service the debt so far, but future remains uncertain,” Mamata said in the letter to the Prime Minister.
“Furthermore, we are required to meet our commitments towards girl child, students, farmers, unorganised workers, weaker sections, minorities, SC, ST and OBCs. We are also having to honour our commitments of providing free ration to almost 9 crore people, who need this so crucially to survive in this perilous time,” she wrote.
Banerjee said the Centre should sanction Rs 25,000 crore to West Bengal and also release the other funds due to the state.
“The Centre has already reduced their devolution to our state by over Rs 11,000 crore and were yet to pay Rs 36,000 crore owed by the GoI (Government of India) to our state, she said in the letter.

Regulatory recall of defective vehicles to attract penalty for manufacturers