Man arrested for rape and murder of nine-year-old girl in Modinagar - Govt.in - Telling the truth- always! 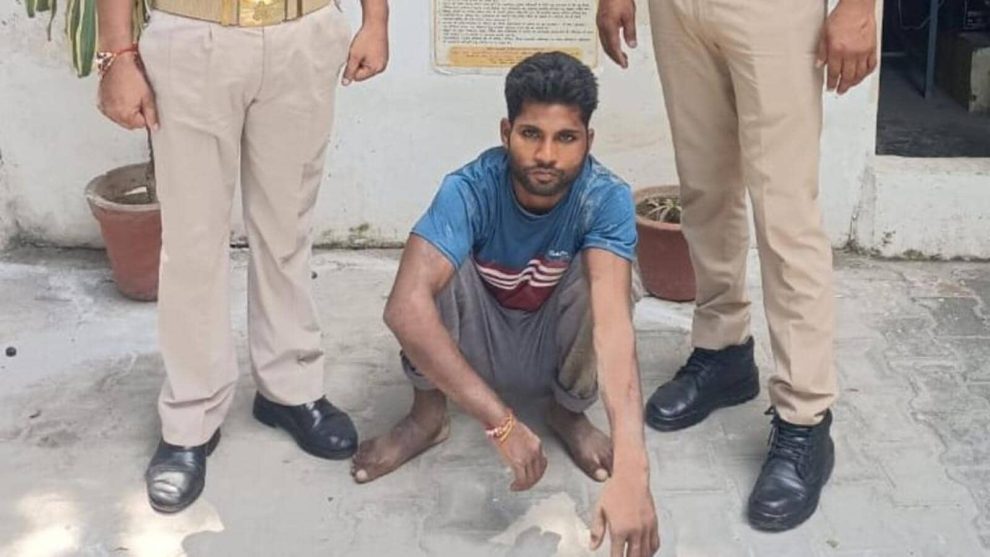 Ghaziabad police have deployed personnel at a village in Modinagar in view of an incident where a 24-year-old man allegedly kidnapped, raped and murdered a nine-year-old girl from a different community

The incident took place around 6.30pm on Thursday when the suspect, Kamal Kumar, allegedly took away two cousins, aged nine and six, on his bicycle to isolated fields about one and a half kilometres from their house. Locals started looking for the girls when they were found missing and informed the police at about 8.30pm. Senior officers along with a police force from four nearby police stations then launched a combing operation which ended at around 5.30am on Friday.

“The six-year-old girl was found during the initial phase of the search and she told us the name of the suspect. The children who were playing with the two girls also told said that Kamal took them away. The suspect was nabbed while he was trying to escape. He also took part in the search operation launched by locals. The nine-year-old girl’s body was recovered from the direction indicated by the suspect,” said Iraj Raja, superintendent of police (rural).

Kamal is married and lived in the same village and told police that he lured the two girls on the pretext of offering to buy them ice creams. “After kidnapping the two girls, the suspect left the six-year-old and went into a dense isolated spot with the older girl. He confessed to raping and killing her before fleeing the spot,” SP Raja added.

Based on an initial complaint filed by the victim’s family, cops registered an FIR under section 363 (kidnapping) of the Indian Penal Code (IPC) on Thursday evening. Other sections of the IPC relating to murder and rape, along with provisions of the Protection of Children from Sexual Offences (Pocso) Act were added on Friday, police said. The sub-divisional magistrate, along with the circle officer and police personnel have been asked to remain deployed at the village since the incident involved members of two different communities, police added.

Last week, a 19-year-old girl from Modinagar was allegedly held captive and gangraped by three men who were arrested later.