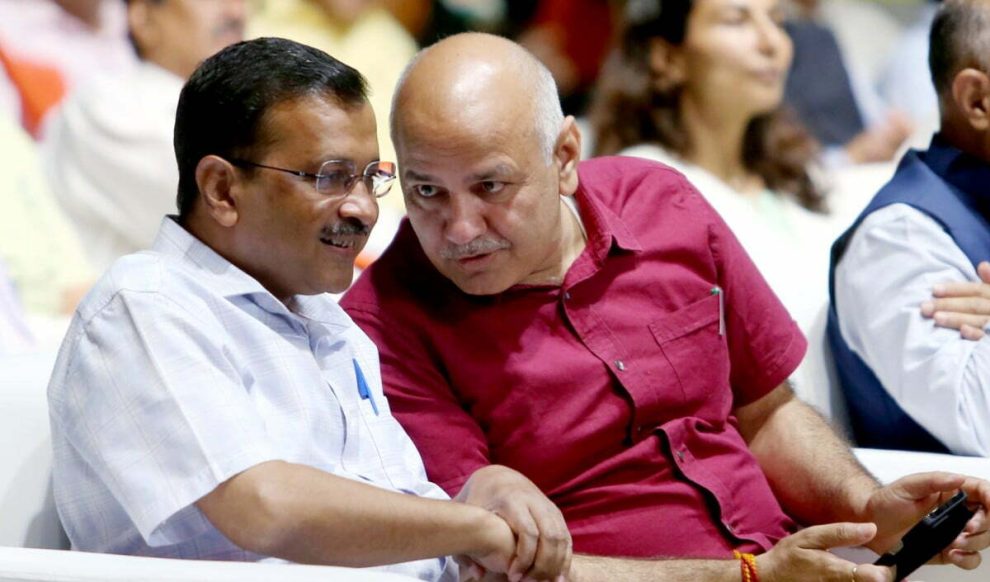 The CBI on Friday conducted raids at the residence of Delhi eputy Chief Minister Manish Sisodia in connection with a case it has registered against him and several top excise officers in the national capital over alleged corruption in rolling out of the  by the recently withdrawn liquor policy Aam Adami Party government.

CBI sources said Sisodia’s premises were among 21 locations being searched across the country. “Premises of three top excise officers in Delhi are also being searched,” a CBI officer said.

“CBI has come. I welcome them. We are steadfastly (kattar) honest. Building the future of lakhs of children. It is unfortunate that those who do work in the country are harassed like this. That is why our country has not become number 1 until today,” Sisodia said. The raid comes days after Chief Minister Arvind Kajriwal launched a ‘mission’ to ‘Make India number 1’ at a mega event at Delhi’s Talkatora stadium.

Kejriwal also reacted to the raids, “Delhi’s model of education and health are being discussed all over the world. They want to stop it. That is why they are raiding and arresting our Education and Health ministers. In the past 75 years, whoever tried to do work was stopped. That is why India has been left behind. We will not let Delhi’s good work stop.”

He also wrote, “On a day when America’s top newspaper, and prints the picture of Sisodia, the same day the Centre sends CBI to his house. We welcome the CBI, we will cooperate fully. Raids were conducted earlier too – they found nothing then and they will find nothing now.”

The development comes less than a month after  into the policyDelhi excise p putting Sisodia, in-charge of the excise department, directly in the line of fire. Following this, the Delhi government had on July 30 announced it was withdrawing the new policy.

The LG’s recommendations had followed a report submitted by Delhi Chief Secretary Naresh Kumar on the matter. The report, which officials said was submitted on July 8, accuses Sisodia of providing undue benefits to liquor vend licencees in lieu of “kickbacks” and “commissions”, and the money being used in the recent Punjab elections.

“Delhi Chief Secretary submitted a report highlighting procedural lapses and post tender benefits given to licencees. The Delhi L-G has sent recommendations to the Ministry of Home Affairs to get a CBI investigation done into the Delhi Excise Policy,” The LG’s office had said in a statement earlier.

The Chief Secretary’s report had alleged that the “Excise department, under direct orders of Sisodia, decided to allow a waiver of Rs 144.36 crore singularly to the liquor cartel, on the tendered licence fee, under the excuse of the Covid pandemic”.

The report also alleged that decisions taken by the Excise department did not have the approval of the competent authority, which is the Cabinet and, subsequently, the Lt Governor.The Delhi government had introduced the new policy to increase government revenue, improve consumer experience, reduce corruption and redistribute liquor shops in an equitable manner. Under the new policy, implemented in November last year, only private liquor shops were to run in the Capital.