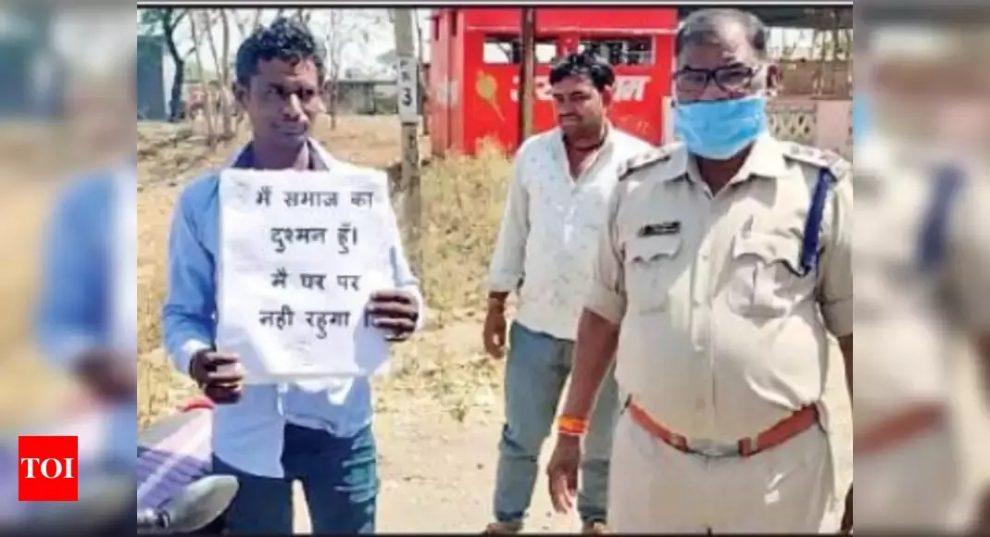 NEW DELHI: A day after Prime Minister Narendra Modi’s call for a nationwide self-imposed ‘janata curfew’ to break the Coronavirus’s contamination chain received widespread participation, people in several parts of the country were seen mocking the state-imposed lockdown and roaming around in public “without any purpose”.
At Mumbai’s Panvel police station, an FIR was registered against 15 office bearers of two religious places for calling people to pray. Another FIR was filed against 19 persons for stepping out of their homes and congregating at places of worship. Kalamboli Police, too, registered an FIR against two office bearers and a religious speaker at a place of worship for inviting people to come for prayers. Kalamboli Police arrested two of the accused and released them on bail. In Panvel, police detained 23 accused and served them notices under Section 41 of CrPC which empowers any police officer without an order from a magistrate and without a warrant to arrest any person.Thane police made several people to do situps for roaming outside without any reason.
A priest of a catholic church was arrested in Kerala’s Chalakudy for conducting mass in violation of state directives on containing Covid-19. On Monday morning, Fr Paul Padayatti, the vicar of Koodappuzha Nitya Sahaya Matha Church, conducted mass in the presence of 100 laity members.
In Rajasthan, police in Bikaner had to take strict measures like seizure of vehicle to disperse revellers, while in Jaipur the commissioner of police ordered his men to take strict legal action against those found flouting norms.
In Ahmedabad, police booked 19 persons, including three women, in Khadia locality for taking out a rally and participating in a ‘garba’ on the day of Janata Curfew.

Coronavirus in India: Violating lockdown to invite a year’s jail
Lockdown violators could be shot at sight: Telangana CM