Marriages take a beating due to COVID-19, many in trouble - Govt.in - Telling the truth- always! 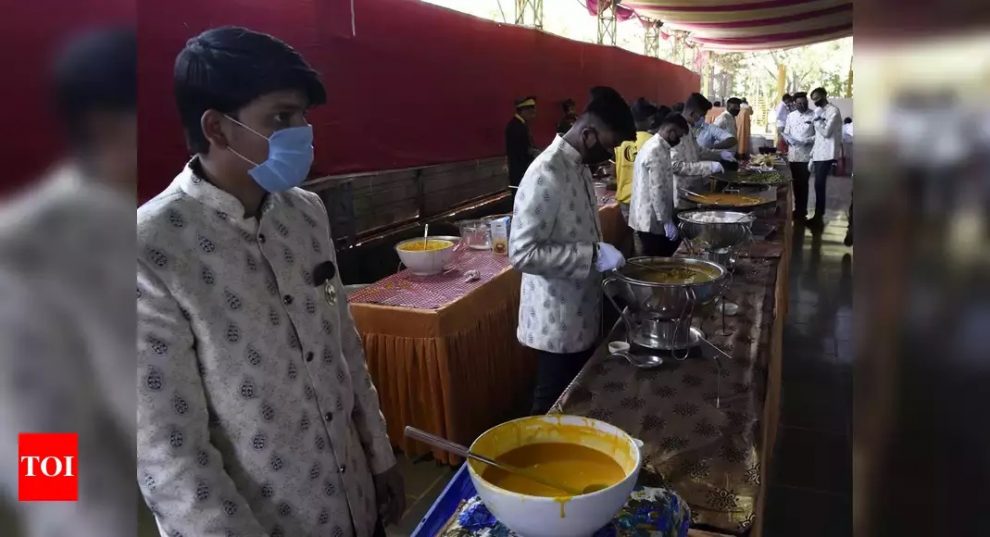 THIRUVANANTHAPURAM: Apart from the tourism industry that has taken a hit with the arrival of COVID-19, it’s the marriage industry that has also taken a huge toll, as apart from the families, where marriages are to take place, the worst affected are the florists, caterers and event management companies.
As on date, the total number of coronavirus cases in Kerala is 118 and there are 76,542 people under observation, of which 532 are at various hospitals and the rest at their homes.
Since Monday, Kerala is under lockdown.
While with the Christian community which is observing the Easter lent, during which no marriages take place, but after April 12, Easter day, all the marriages that are fixed after that now is hanging fire, as the present three week lockdown ends on April 14.
But for the Hindu community, numerous marriages have been postponed, while some have been held with the participation of a handful.

So is the case with the Muslim community, where marriages are generally held in grandiose style.
Incidentally, a glance through any of the frontline vernacular dailies, which have thinned down with no advertisements, there are numerous notices that come in a box wherein it states that so and so marriage that was planned for a particular day, has been postponed indefinitely.
With the government acting tough, by now two Christian priests have been arrested for defying the lockdown order and on Wednesday a case was registered against a former police officer for conducting the marriage of his daughter in violation of the guideline.
With Chief Minister Pinarayi Vijayan also speaking tough, the only relaxation which he said was the earlier fixed permissible number was 5, but that will be slightly relaxed, as 5 is too low a number.
Meanwhile, florists is one section which has been the worst affected as flowers occupy a prime place at wedding halls.
A leading florist in the state capital told IANS that since the last month things have been not that rosy. “The stage now is that with offices closed, marriages postponed and no transport to neighbouring states, the daily produce of flowers and foliages from my farm is cut and destroyed. Things are going to be difficult, as if the farms are not kept alive by tending to the plants now, once the lockdown is lifted, then there will be nothing left there,” said the florist.
Likewise the catering companies are also in a state of shock as a good number of staff of these companies are also in dire straits.
With the style of weddings in the state changing, most people entrust the job to that of event management companies, who do a turnkey job and they too are heading for bad times.
Anwar Pallikkal, president of the Confederation of Event Entertainment Management has now appealed to the state government to come to their rescue.
“More than a lakh people work in this field and the situation is too bad. We want huge help from the government by way of relaxation in taxes, fees besides moratoriums of payments on loans availed,” said Pallikkal.
All in this sector now look forward to April 14, the date when the present three week lockdown ends and are hoping against hope, that there will be no extension.