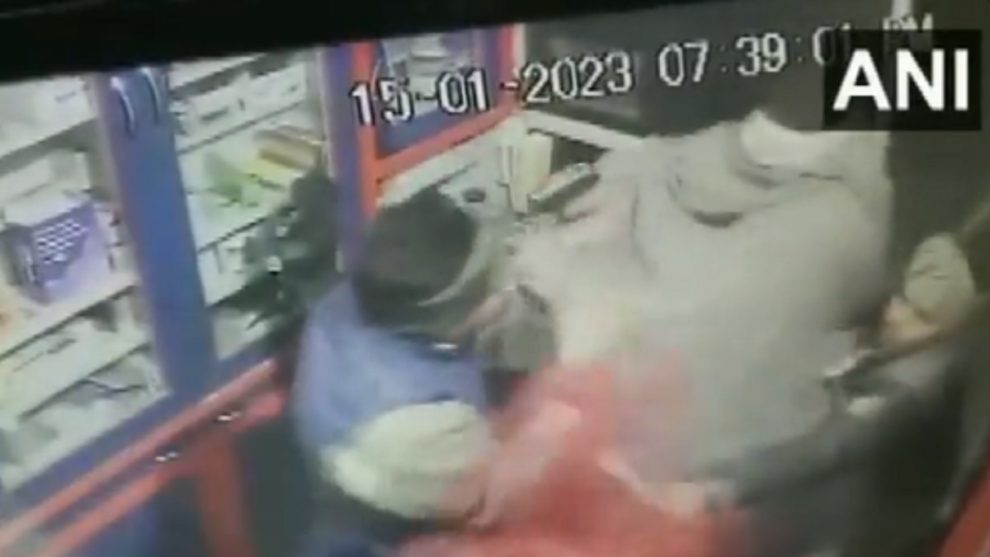 Masked men looted Rs 40,000 cash from a medical shop owner at gunpoint in Punjab’s Faridkot. They were caught in the act on surveillance cameras.

The CCTV footage shows the masked men entering the shop as regular customers and asking for medicine at first.

As seen in the video, one of the men suddenly attacks the shopkeeper’s assistant and thrashes him. When the shop owner retaliates, another man brings out a gun and starts asking for money.
As the retailer tries to question the men, they threaten the shop owner. They ask the pharmacy owner for the keys to his locker and threaten to kill him till he hands over the keys.

One of the men then opens the locker and loots around Rs 40,000 cash before they decamp within two minutes.

The shop owner informed the police. They started an investigation and scanned the CCTV footage. Further investigation in underway
(Except for the headline, this story has not been edited by GOVT.in staff and is published from a syndicated feed.)