'Maybe there's a niggle or something. If he is fit...': Jadeja 'surprised' by 25-year-old star's absence vs Zimbabwe - Govt.in - Telling the truth- always! 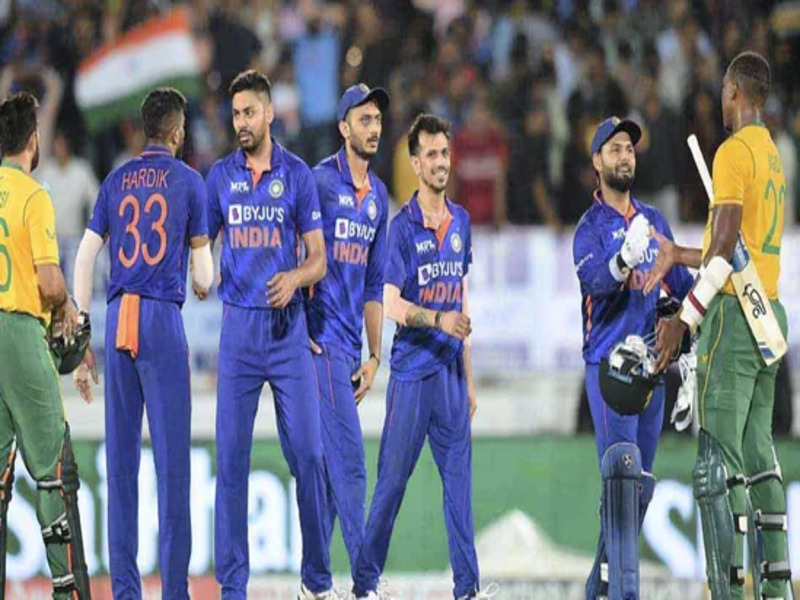 Team India registered an emphatic five-wicket victory over Zimbabwe in the second ODI to seal the three-match series on Saturday. The KL Rahul-led side, opting to bat again, bowled the hosts out on 161 in the game before chasing down the target in 26.5 overs. Sanju Samson hit the winning runs for the side, smashing a big six right over the bowler’s head to seal the series for India. Among bowlers, comeback man Shardul Thakur picked three wickets as he replaced Deepak Chahar, who was rested after a player of the match performance in the first ODI.

However, one bowler whose absence continues to surprise fans and experts alike is that of Avesh Khan. The Indian speedster, who is also named in the Asia Cup squad, is yet to play a game in the Zimbabwe series. Former India cricketer Ajay Jadeja said that there must be a “niggle” or something people don’t know yet, because resting him is a strange decision.

“I’m surprised.. if he’s fit enough and not being rested, he should have gotten games. Maybe there’s a niggle or something we don’t know, or maybe they were waiting for Chahar (to play). Maybe they want Chahar and Avesh to start together. I doubt a batsman would want to rest. Take Shubman Gill for example, imagine a 21-year-old boy! (He would say) ‘I rarely get to play for India, I’m scoring runs and you ask me to rest? I won’t want to rest!” Jadeja said on Sony SIX.

“Well, I’m thinking from his (Avesh) point of view. But I guess he doesn’t have a choice. It all depends on VVS Laxman, who doesn’t like too many changes,” the former player further said.

Team India will return for the third and final ODI of the series on Monday, following which a select number of players including captain KL Rahul will join the Indian T20I squad in preparations for the Asia Cup, which begins on August 27.