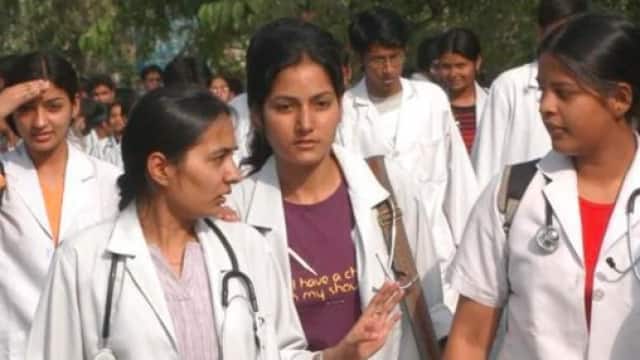 MBBS: The National Medical Commission (NMC) has released a list of universities in Georgia from where Indian medical students returning from war-torn Ukraine can apply for MBBS under the Academic Mobility Program.Recently, the commission had released a list of countries from where Indian medical students returning from Ukraine can complete their medical degree.According to an official notification released recently by NMC, students can study at BAU International University, Batumi, Georgian National University SEU, and New Vision University, Georgia.

The NMC has released the list of universities in consultation with the Ministry of Health and Family Welfare and the Ministry of External Affairs.Recently, the Supreme Court had suggested the Center to inform medical students about the universities from where they can complete their medical studies.Earlier, the central government had categorically refused to give seats to the medical students who returned from Ukraine in the country’s medical college.The government had said that there is no such provision in the law.

MBBS: NMC gave a big relief in the rules for opening a medical college, paving the way for the opening of a new college in Faridabad

In view of the special circumstances the NMC agreed to recognize the Academic Mobility Program of Ukraine to allow such students to complete their education but the degree would be awarded by the parent university of Ukraine only.According to the National Medical Commission law, students studying in foreign medical colleges are required to hold a degree from only one university.The Academic Mobility Program is a temporary arrangement for admission to other universities in different countries globally.The notice states that the degree will be awarded by the parent university of Ukraine only.