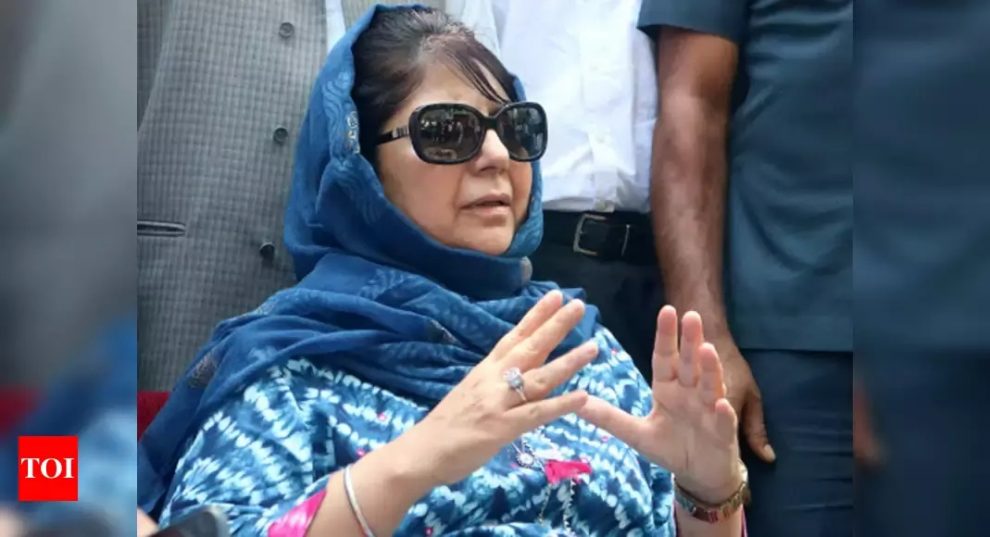 SRINAGAR: Former Chief Minister Mehbooba Mufti is likely to be released on Wednesday after nearly eight months of detention under the Public Safety Act (PSA).
Sources told IANS that the PSA detention order against Mehbooba Mufti is likely to be revoked by the Union Territory’s Home Department.
“After the order is revoked and accompanying formalities are completed, she would be released”, said a top source.
Mufti was detained on August 5, 2019 along with two former chief ministers, Farooq Abdullah and Omar Abdullah.
Detention of these leaders followed the abrogation of Article 370 and the downgrading of the state into two union territories.
Farooq Abdullah was set free earlier this month while his son, Omar was released on Tuesday.

Glaciers in Sikkim melting faster than other parts of Himalayan region: Study
PM Modi to interact with citizens of Varanasi via video conferencing today