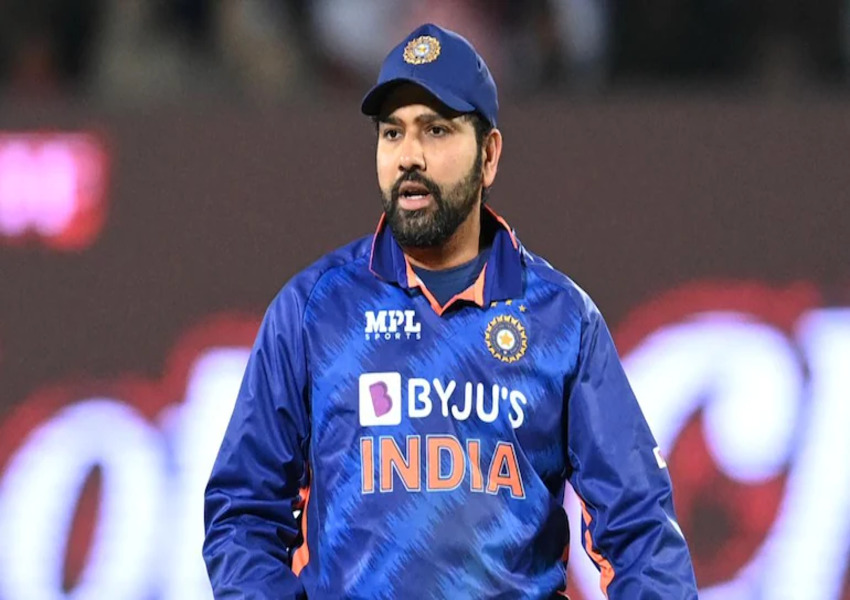 With the Twenty20 leagues mushrooming all over the world offering attractive sums of money to the players, one-day cricket has been put on a weak wicket. The challenge for the 50-over format is to stay relevant beyond the World Cup years.

Ben Stokes’ decision to quit the format to manage workload only heated up the debate about the future of the one-day game.

India captain Rohit Sharma, however, dismissed the talk of the one-day cricket losing its appeal. “Mera naam hi one-day cricket se bana hai, sab bekar ki baatein hai, (I made my mark in ODIs, the talk is nonsense),” said Sharma, speaking at an event organised by a leading sportswear brand to highlight ocean pollution due to the use of non-biodegradable and micro-plastics.

Along with Virat Kohli, Sharma is the biggest one-day batter of this era with three double hundreds, a highest score of 264. Overall, he aggregates 9376 runs with 29 centuries.

Sharma believes the format still has value. “People were earlier talking about Test cricket. For me, cricket is important — whatever be the format. I would never say that ODI is getting finished or T20 is getting finished or Tests are nearing an end. I wish there is another format as well, because for me, playing the game is most important. Since childhood, we dreamt of playing the game for India and whenever we play ODIs, stadiums are full, the excitement remains high. It’s an individual choice as to which format to play or not, but for me, all three formats are important,” said India’s all-format captain.

The cricket world is going through a big churn this season. Apart from the high profile Indian Premier League, big money is being offered to players in the T20 leagues in South Africa and the UAE, which will kick-off this year. The lucrative T20 league market is enticing players to turn mercenaries, triggering a country versus club debate. Pace bowler Trent Boult has chosen to give up his New Zealand board’s contract and turn a freelancer.

Playing for the country matters the most for Sharma. “I don’t know what people are thinking about playing leagues over international cricket. There will be ten more leagues, but in the coming years, we will get to know what the players prefer. But as of now, the situation of Indian cricket remains the same — we play the IPL and the international cricket. The guys are getting exposure and our aim is to create bench strength, so that’s why in Zimbabwe, there are a lot of players who are touring for the first time – be it Shahbaz Ahmed, Rahul Tripathi – and it is a good exposure.”

While all the focus this year has been on the preparation for the T20 World Cup, there is extra interest in the Asia Cup to be played at the end of the month because of the India versus Pakistan derby. In their last meeting at the 2021 World Cup, held at the same venue, UAE, Pakistan had routed India.

While playing down the hype of an India-Pakistan game, Sharma said Pakistan will face a team playing a different brand of cricket. “Asia Cup is happening after a long time, but we played Pakistan last year in Dubai, where obviously the result did not go our way. But the Asia Cup is different now. The team is playing differently and has prepared differently, so a lot of things have changed from then. But for us, we need to assess the conditions, keep in mind the fact that we will be playing in 40-plus degrees. We need to assess all those factors and prepare accordingly,” he said.

In search of the right combination to fit their approach of an attacking brand of play, the team management has been experimenting with various combinations. With most of their methods working in the series against England and West Indies, the India captain said the team is more or less finalised for the World Cup.

“As a team we are working on a few things ahead of the Asia Cup. We have to keep the process going. There is still about two-and-a-half months left for the T20 World Cup. Before that, we have the Asia Cup and two home series against Australia and South Africa. So, more or less 80-90 per cent of your team is set, of course there could be three-four changes if at all depending on the conditions. As of now, we have been playing in India and will play in UAE, so the conditions in Australia will be different. We need to check what suits our team in Australia.”

In the Asia Cup, the team has gone with a young pace attack. In the absence of Jasprit Bumrah (injured) and Mohammed Shami (not picked), the focus will be on the performance of Arshdeep Singh and Avesh Khan.

Sharma said the focus is on creating bench strength. “Bumrah, Shami and all these guys will not be with the Indian team forever, so you have to try and prepare the other guys. Myself and Rahul bhai spoke about how we are going to create our bench strength. We never want to be a team that relies on one or two individuals, we want to be a team where everyone can contribute and help the team win on their own. We want to be that kind of a team and that’s why we want to give the youngsters as many opportunities as possible and of course, you have got senior players around them. They can be of good help.”