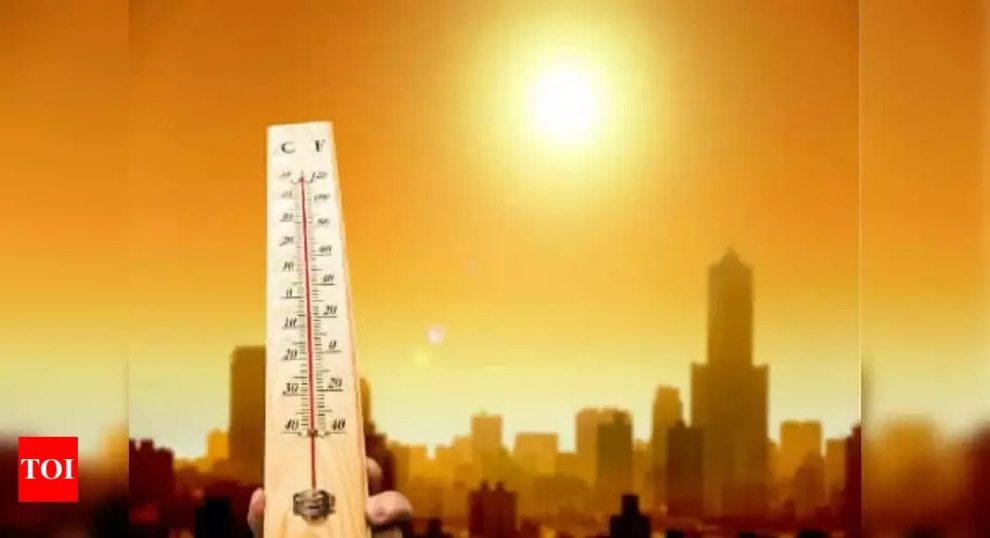 NEW DELHI: The mercury breached the 30-degree mark for the first time this season on Thursday and is likely to touch 31°C by Friday, forecast by the India Meteorological Department show.
Delhi’s Safdarjung station — considered the base observatory for the capital’s weather — recorded a maximum temperature of 30.7 degrees Celsius and a minimum of 16 degrees on Thursday. The maximum, however, is still close the ‘normal’ mark for the season.
IMD has forecast a spell of light rain for Saturday, with some drizzle also occurring on Friday evening. “After receiving hail and more than normal rain, temperatures had fallen to around 24°C. It has now returned to the normal benchmark over the last few days and is likely to touch 31°C on Friday,” said Kuldeep Srivastava, scientist at IMD and the head of Regional Weather Forecasting Centre in the city.
The hottest location in the capital on Thursday was Palam, which recorded a maximum of 31.5° Celsius.
Humidity levels, meanwhile, oscillated between 48% and 98% in the last 24 hours. Met officials said in comparison to the last western disturbance, which had brought hailstorm to the city, the current one is likely to be much weaker. “There is a slight possibility of light rain on Friday evening/night, while light showers slated for Saturday. One can also expect gusty winds between 30-40 km/hr,” the official added.
Delhi’s air quality remained in the ‘moderate’ range on Thursday, with the AQI increasing slightly from 151 on Wednesday to 186 on Thursday.
Forecast for Friday shows the maximum and minimum temperatures to be around 31 and 17°C, respectively.