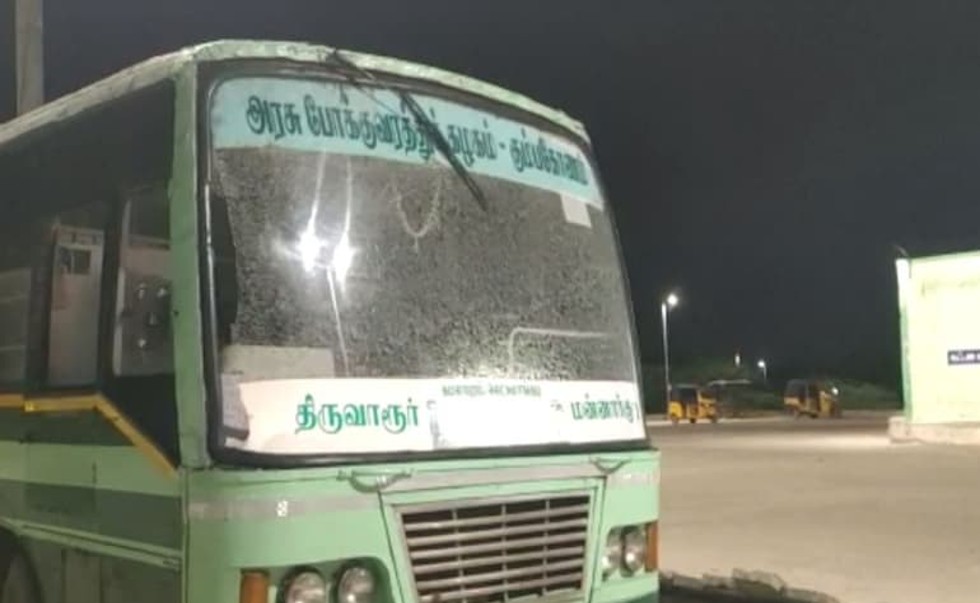 Miscreants breaking the windows of three government buses parked at the Tiruvarur new bus station in Tamil Nadu has created a stir in the region. The incident occurred at the new bus stand in the Vilamal area of Tiruvarur.

At around 10 pm on Thursday night, seven people who came on four two-wheelers broke the windows of three government buses standing at the bus station with stones and fled the scene.

When the police got information about this, they went to the spot and launched an investigation. The windows of three buses, two buses belonging to Tiruvarur and one bus belonging to Mayiladuthurai were broken.

Police examined the CCTV cameras installed in the shops at the bus station to find out who the miscreants were who broke the glass. It was discovered that seven people who came in four two-wheelers were involved in the incident.

Meanwhile, the Superintendent of Police, Suresh Kumar, went to the bus stand and personally conducted the investigation. The police are examining CCTV recordings in the city and hunting for the suspects.

The incident of miscreants breaking the windows of government buses by entering the bus station while commuters were gathered has created a lot of tension in the region.

“After Scoring A 100…”: Ex-Captain On Why He Picked Virat Kohli For Team India In 2008
US Senate Panel Approves Bill Empowering News Organisations to Negotiate With Facebook, Google for Revenue