MIUI Beta based on Android 13 available for Xiaomi 12 and 12 Pro - Govt.in - Telling the truth- always! 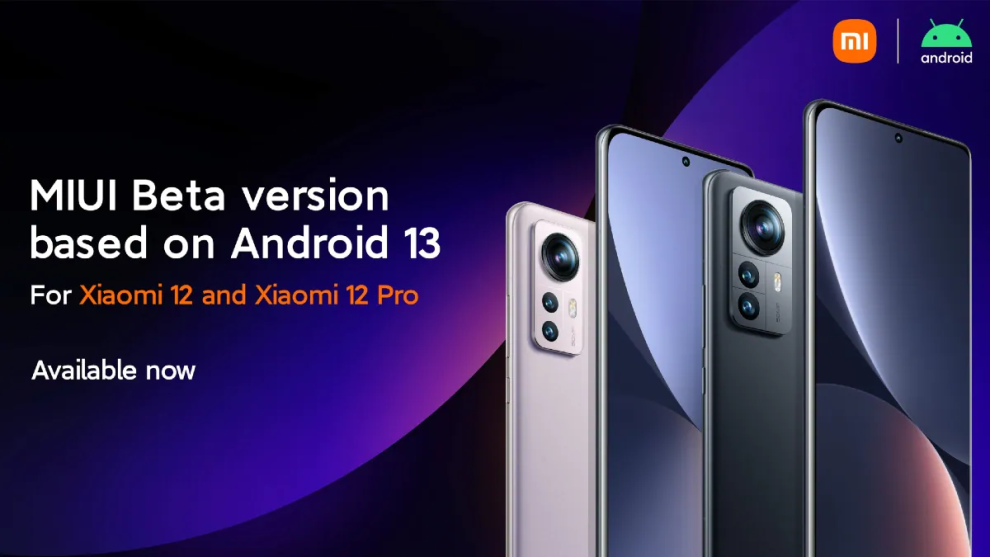 Keep in mind that the eligibility is on a first come first served program. According to a report by 9to5Google, the Xiaomi 12 update has the version number V13.0.4.0.TLCMIXM whereas the Xiaomi 12 Pro will be updated to V13.0.4.0.TLBMIXM. It looks like the update is more than 4GB in size.

Those who want to update their devices to the latest beta will have to be on the global MIUI stable ROM, be part of the Mi Community and have a Mi account. Xiaomi has also warned users that they might face some performance and overheating issues after updating to Android 13.

While India is one of the largest markets for Xiaomi, Mi Community is currently not accessible in the country. If you want to try the MIUI 13 beta based on Android 13, make sure you backup your device just in case anything goes wrong, since the software is still under testing.Also, we recommend against installing beta software if the Xiaomi 12 and 12 Pro are your primary device.