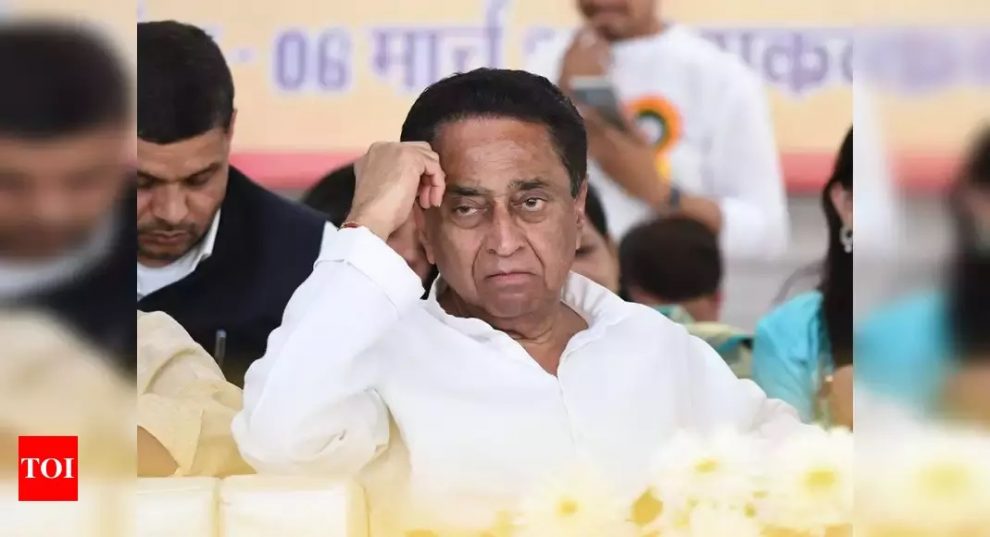 BHOPAL: A day after Kamal Nath resigned as chief minister, Congress workers put up a ‘we will be back’ banner outside the state party headquarter, even as party MLAs demanded Nath be made leader of opposition and lead the fight against BJP.
“After bypolls, we will be ready to serve the state again,” said the poster, put up by Pradesh Congress Committee spokesman Sharyar Khan and state party vice-president Nagendra Tripathi.
On Friday, when Congress MLAs had met Nath following his resignation, Nath asked them not to be upset and assured that the government will be back after the bypolls. Twenty-four assembly seats will go for by-election within six months — including the 22 Scindia loyalists who resigned and the two seats vacated after the death of Congress MLA from Jaura, Banwarilal Sharma, and BJP MLA from Agar Manohar Untwal.
The Congress poster thanked people of Madhya Pradesh and quoted the chief minister’s Friday tweet, “The hopes and trust of Madhya Pradesh have been defeated. The greedy and the enticer have won.”