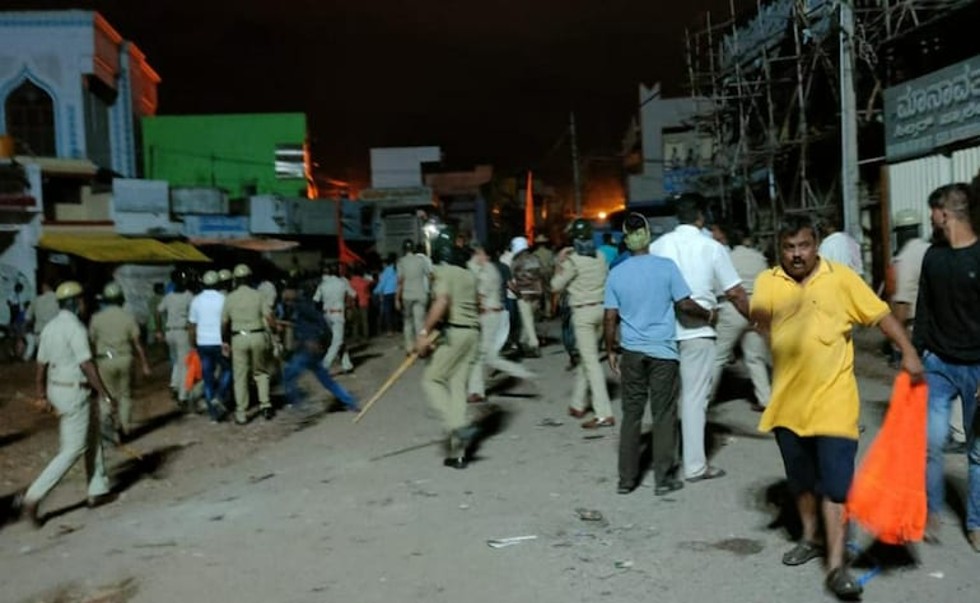 A Ganesh Chaturthi procession at Ranebennur town in Karnataka’s Haveri district was attacked by a mob of over 300 people on Tuesday night. The mob also pelted stones at the people participating in the procession.

After that, an FIR was filed against 300-500 unknown people by the police. According to the police, when the Ganesh Chaturthi procession came near the Dargah at around 8.30 pm on Tuesday, a group of more than 300 people from other communities attacked it.

Later, the mob also pelted stones at the people participating in it. The situation in Ranebennur is currently tense. Further investigations are underway.