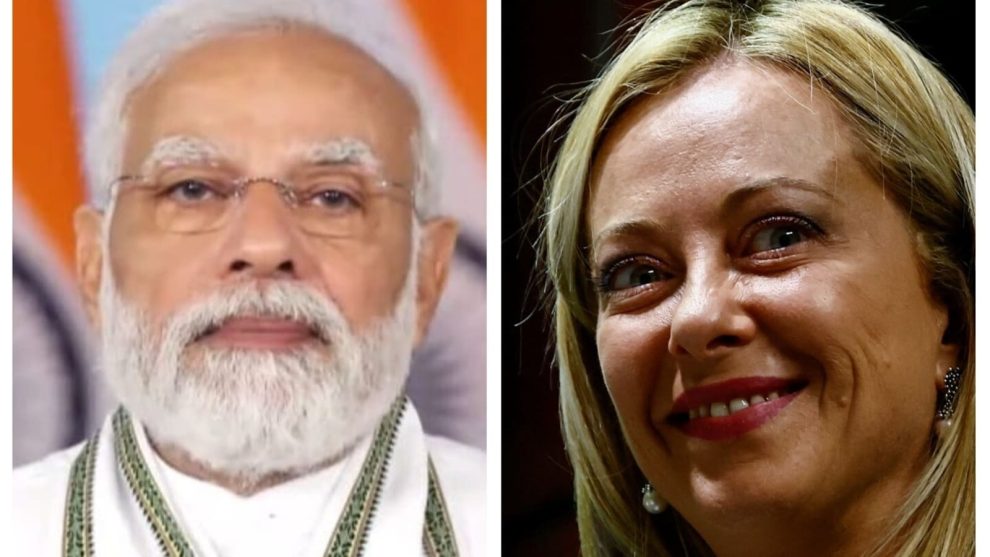 Prime Minister Narendra Modi on Wednesday congratulated Giorgia Meloni for winning the general elections in Italy. Posting a congratulatory message on Twitter, Modi said he looked forward to working with Meloni to strengthen ties between India and Italy.

“Congratulations Giorgia Meloni for leading your party Fratelli Italia to victory in the Italian general elections. We look forward to working together to strengthen our ties,” Modi tweeted.

Meloni thanked Modi for the congratulatory message and tweeted Italy is ready to cooperate with India on international stability and all other global challenges.

Meloni’s far-right Brothers of Italy party won 26 per cent of the vote in the elections with the right-wing coalition securing a clear majority in Parliament, according to final results on Tuesday.

The new Parliament is scheduled to gather for the first time on October 13.

Meloni, 45, will be the first woman to take charge of the top position in the country.

“Italians have given us an important responsibility. It will now be our task not to disappoint them and do our utmost to restore dignity and pride to the Nation,” she said in a Facebook post on Monday.

As a likely Prime Minister, Meloni awaits a darkening economic outlook, high debt and energy price hikes in the wake of the ongoing war in Ukraine.

In a message to Ukrainian President Volodymyr Zelensky on Tuesday, Meloni said that Ukraine could count on the loyal support of the new Italian government, adding “Stay strong and keep your faith steadfast!”