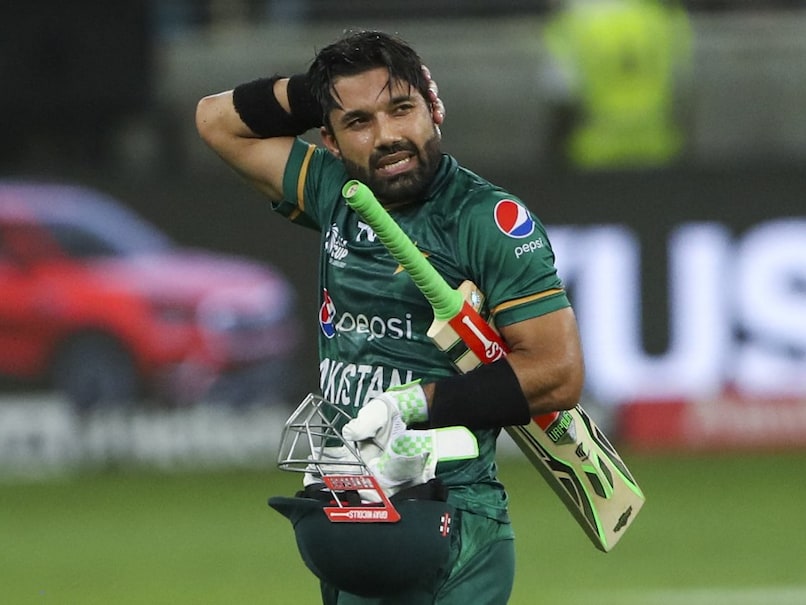 Pakistan wicketkeeper-batter Mohammad Rizwan has been in fine form for his team, especially in white-ball cricket. Rizwan, who is currently the top-ranked batter in T20Is, also equalled Pakistan captain Babar Azam’s record of becoming the fastest batter to score 2,000 runs in the shortest format recently. His consistent performances have meant that former Pakistan captain Sarfaraz Ahmed is not being considered of late. Pakistan recently announced its squad for the upcoming T20 World Cup, with young wicketkeeper-batter Mohammad Haris getting a nod ahead of Sarfaraz in the reserve list.

“I think they’ve decided that they won’t play Sarfaraz. Our cricket community is very small, so we get to know a lot of things. A cricketer, who does programmes with us, told me that Rizwan said, “main Sarfaraz ko kabhi aane nahi dunga (I won’t let Sarfaraz return to Pakistan team). That’s because when Sarfaraz was there, he didn’t let Rizwan play. This is what I have heard. I might be wrong,” Bakht said during an interaction on Geo News.

England, who are touring Pakistan for the first time in 17 years, lead the series 1-0, having defeated the hosts by six wickets at the National Stadium in Karachi.