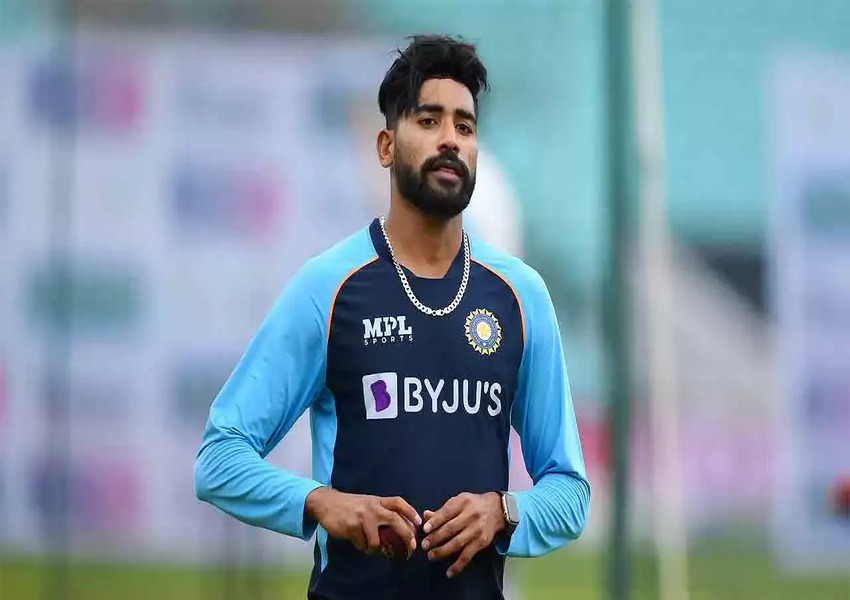 Team  India’s leading fast bowler Mohammed Siraj will join English county side Warwickshire for the side’s last three matches in September, the club confirmed on Thursday. Siraj is currently playing the ODI series in Zimbabwe but is not there in India’s T20 scheme of things. Siraj will join a series of Indian cricketers that include Cheteshwar Pujara, Washington Sundar, and Navdeep Saini among others who have featured in the County Championships this year.

“Warwickshire County Cricket Club has signed India international fast bowler Mohammed Siraj for the final three matches of the County Championship season. The 28-year-old will arrive at Edgbaston ahead of the Bears home fixture against Somerset on Monday, 12 September,” the county club stated in a media release.

Reacting to the signature, Siraj said he is looking forward to his maiden County stint, as he expressed his gratitude to BCCI and Warwickshire.

“I can’t wait to join up with the Bears squad. I have always enjoyed playing in England with India and I’m excited to experience County Cricket,” Siraj said.

“Edgbaston is a world class stadium and the atmosphere it created this year for the Test was special. I am really looking forward to making it my home in September and hopefully helping the Bears end the season well.

“I would like to extend my gratitude to both Warwickshire County Cricket Club and BCCI for this opportunity.”

The right-arm fast bowler took 4/66 in the first innings of the fifth and final Test between India and England at Edgbaston in July, before adding a further six wickets in three ODI matches that followed.

A natural swinger of the ball, Siraj has played for his country 26 times in all formats, taking 56 wickets. In total, he has taken 403 wickets in 207 career matches with 194 of those in first-class cricket.