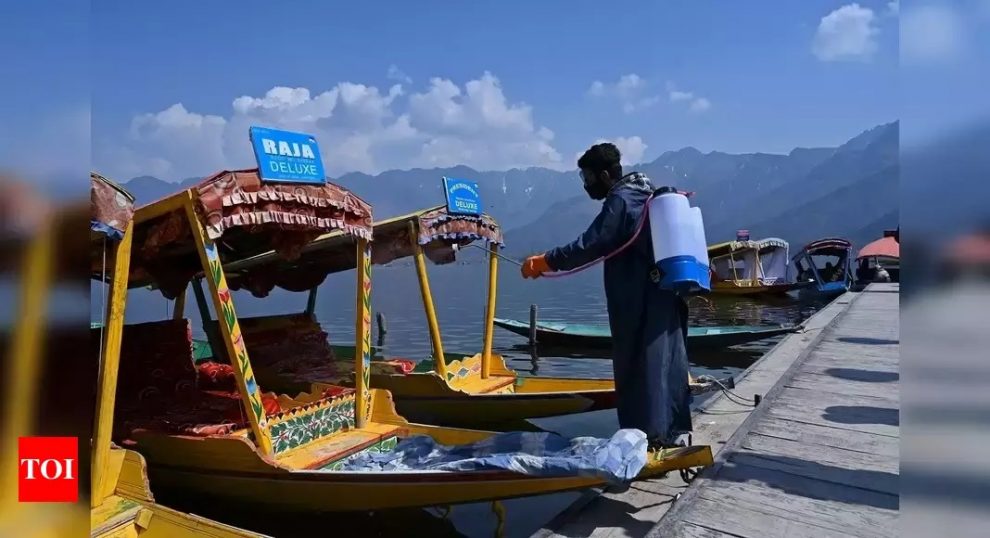 MUMBAI: As the total number of coronavirus cases in India went up to 170 and Maharashtra, with four more patients testing positive on Wednesday, continued to lead the list at 45 (by a wide margin), the Mumbai civic body prepared to welcome around 26,000 Indians expected to land in the city between Thursday and March 31 from Covid-19-hit Gulf nations such as the UAE, Kuwait, Qatar and Oman.
The BMC’s estimate of nearly 26,000 comes from arrivals at the city’s airport and information about travellers obtained from the Centre; 23 flights come to Mumbai from these countries every day. According to the Centre’s guidelines, all arrivals from the UAE, Kuwait, Qatar and Oman are to be mandatorily quarantined for 14 days starting March 18 (Wednesday).
Since 15 people from Maharashtra who earlier arrived from Dubai (which is in the UAE) have tested positive, the BMC has converted one of its newly constructed training centres for its engineers in Powai into a quarantine facility for the anticipated arrivals, apart from the isolation facility at SevenHills hospital in Marol. The Powai facility has several conference rooms where a few hundred beds are already in place and more will be added, civic officials said.
Most Indians expected to land by month-end are employed as blue-collared workers in Middle East, according to officials. They would be broken up into distinct categories. Those who are healthy and have their homes in Mumbai will be allowed to go home, where they will have to self-isolate for 14 days. Those from places near Mumbai such as Pune or Nashik and are in the “lowest-risk category,” officials said, can proceed home as well but cannot take public transport; they’d have to take private vehicles. All others who are from far-off places would be kept in Powai or SevenHills for 14 days. All the arrivals would be stamped and no one would be allowed to take connecting flights to other centres in the country.
Those who show symptoms would be sent for tests and those deemed vulnerable, such as senior citizens, would be placed in quarantine immediately.
BMC commissioner Praveen Pardeshi said, “People coming in from the airport should be in home-quarantine for 14 days at their homes, at hotels in the vicinity of the airport or our facility at SevenHills or Powai. They cannot take public transport if they want to travel by road to their homes but can hire their own vehicles. Public participation is priority, and all Mumbaikars have to fight the virus by taking precautions and maintaining hygiene to ensure it does not spread to others.”
On Wednesday, Pardeshi held meetings with municipal officials and members of some corporate groups, who have agreed to help, to oversee the setting up of quarantine facilities.
Additional municipal commissioner P Velrasu is reportedly coordinating with agencies at the airport.
Starting Wednesday, the BMC also arranged for vehicles to transport Indians from the airport to the quarantine facilities or isolation wards. In the last few days, officials said, many passengers who were asked to go to the quarantine facility at SevenHills were accompanied by their relatives. “This increases risk of transmission, so we decided to make transport arrangements,” officials said.