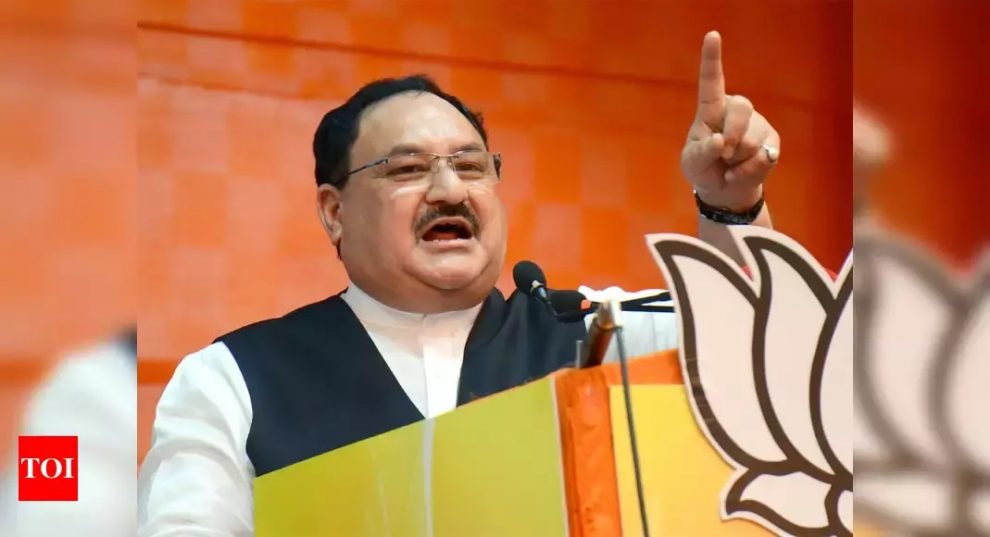 NEW DELHI: BJP national President JP Nadda on Friday held a meeting with party leaders in Uttar Pradesh through videoconference, during which he flayed the Congress and accused the opposition party of holding ‘anti-national views’.
“Prime Minister Narendra Modi is working hard to help villagers, the poor, farmers and women during this time of crisis. But the Congress is blinded by its anti-national views. They can’t see the work (being done),” Nadda told area incharges, Members of Parliament, MLAs and BJP district presidents of Uttar Pradesh.
The virtual meeting with the incharges of six regions of Uttar Pradesh was held to discuss the party’s role in containing the coronavirus in India’s most populous state.
“While Modi is trying to bind the country in this hour of crisis, the Congress and few leaders of other opposition parties are creating a sense of panic. It shows their ideological bankruptcy. In this hour of crisis, such discourse shows their connivance to divide the country,” Nadda claimed.
Nadda also charged the opposition with scheming against the effort made by the Centre to check the spread of coronavirus.
He urged all party cadres and supporters to light candles, lamps at 9pm on Sunday, as requested by Modi. He asked the BJP leadership from Uttar Pradesh to take a lead on this.
In the morning, Modi said in a short video message to Indians: “I request all of you to switch off all lights of your house at 9pm on 5 April for 9 minutes, and just light a candle, ‘diya’, or mobile’s flashlight, to mark our fight against coronavirus.”

Lockdown effect? Abuse at home up

Saddened by terror attack at gurdwara in Kabul: PM Modi