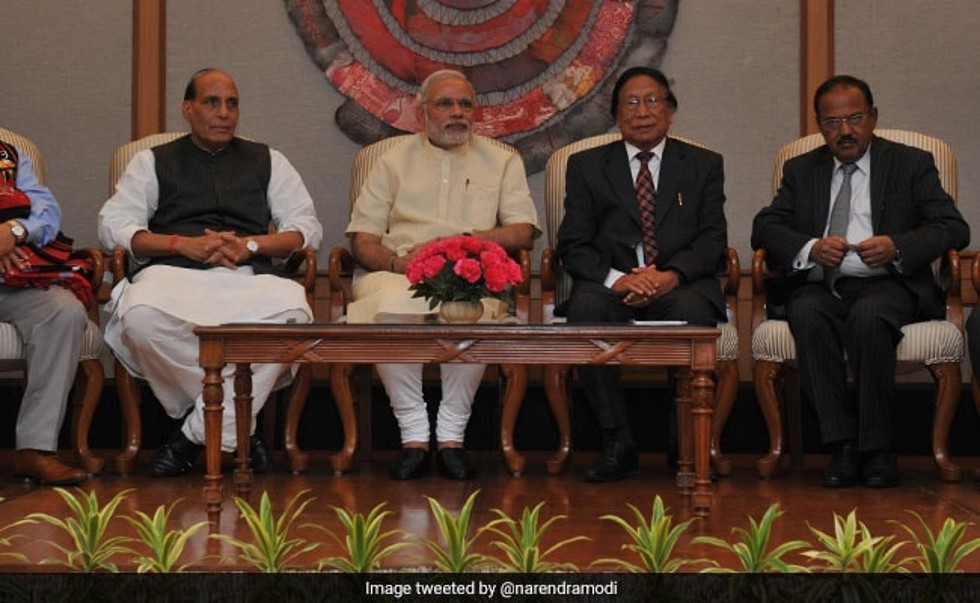 Kohima: A fresh round of formal talks between Central government’s interlocutor AK Mishra and the leadership of National Socialist Council of Nagaland (Isak Muivah) or NSCN (IM), the biggest Naga armed group involved in the Nagaland peace process, is likely to start today. A seven-member NSCN (IM) delegation is currently in New Delhi to discuss Naga political issues with the Centre.
On September 12, Union Home Minister Amit Shah had met the members of the core committee of the Nagaland assembly, led by Nagaland Chief Minister Neiphiu Rio. On September 17, the committee members held talks with the NSCN (IM) leadership in Dimapur.

This fresh round of talks assumes significance since there was a deadlock last year over serious differences between the then interlocutor and Nagaland Governor RN Ravi. The deadlock was largely over the NSCN (IM) demands for a separate Naga flag and a separate constitution as part of the final deal. Mr Ravi was later removed as Interlocutor and transferred to Tamil Nadu as Governor.

The union government has been holding two separate parleys with the NSCN (IM) since 1997 and the Naga National Political Groups (NNPGs) comprising seven organisations since 2017. The Centre signed an FA with NSCN (IM) on August 3, 2015, and also entered into an agreed position with NNPGs in December 2017.

According to reports, the NSCN (IM) is now keen on negotiations with the Centre “based on clauses and promises made in the Framework Agreement of August 3, 2015”.

Meanwhile, in the September edition of Nagalim Voice, the mouthpiece of NSCN (IM), the group stated that 25 years of Naga political talks and seven years of Framework Agreement (FA) is a long period of endurance and commitment shown by the Naga people to settle the issues peacefully.

The editorial further said that after signing the FA on August 3, 2015, Prime Minister Narendra Modi took pride in announcing that he had solved the longest insurgency movement in Southeast Asia. “He [Mr Modi] began his speech, saying: ‘This day marks the beginning of a new age. The 3rd of August, 2015, will be inscribed in the pages of Indian history in golden letters.’ These words remain hollow,” the editorial said.

“Yet, Modi cannot simply shy away from the Naga issue but have a relook through the prism of Framework Agreement, his own political brainchild. The credit he has taken in bringing about FA should be unerringly interpreted to take forward in solving Naga issue,” the Nagalim Voice editorial added.