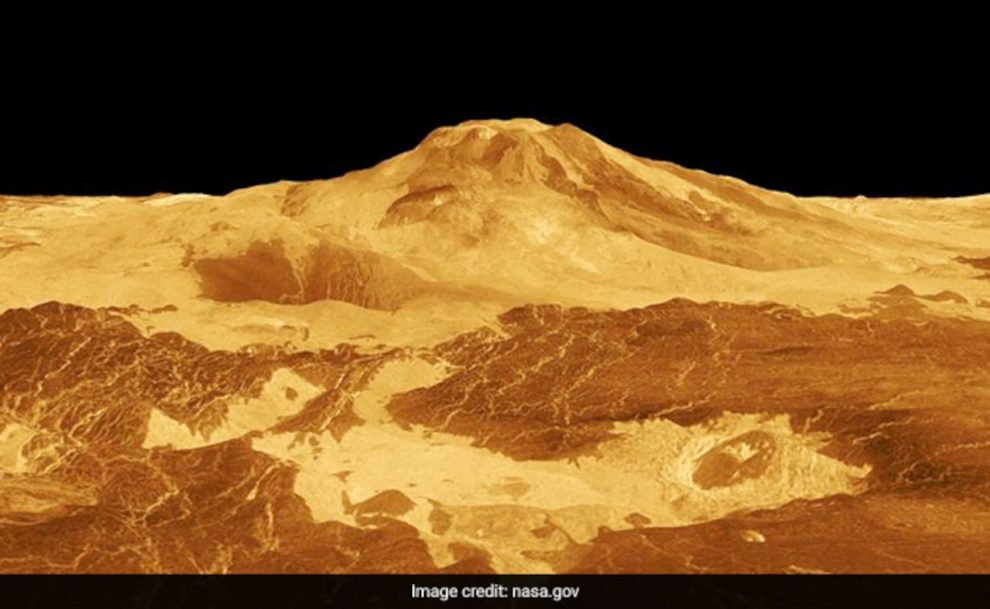 New research has suggests that volcanoes may have played a role in destroying Venus and leaving it as an uninhabitable world. The research has been conducted by American space agency NASA and suggests that thousands of centuries and erupting massive amounts of material may have transformed Venus from a temperate and wet world to the acidic hothouse. Venus is known for extremely high temperature – hot enough to melt lead – and volcanic activity. Similar in structure and size to Earth, the planet’s thick, toxic atmosphere traps heat in a runaway ‘greenhouse effect’.
“By understanding the record of large igneous provinces (LIPs) on Earth and Venus, we can determine if these events may have caused Venus’ present condition,” Dr Michael J Way, from NASA’s Goddard Institute for Space Studies and lead author of the paper, said about the study.

The LIPs have been created by periods of large-scale volcanism, said NASA. These eruptions deposit more than 100,000 cubic miles of molten rock onto the surface, enough to bury the entire state of Texas half a mile deep, it added.

How do these LIPs impact the planet?
The formation of an igneous province can damage the climate of a planet, drastically increasing the temperature through the greenhouse effect. In case of Venus, too many of these provinces caused the greenhouse gases to escape into the atmosphere, triggering the runaway effect.

Earth avoided this fate
Our planet has endured at least five mass extinction events since the origin of life here, around 540 million years ago, said NASA. Each of these events wiped out 50 per cent of animal life across the planet.

The space agency’s study said that majority of these events were caused by eruptions that causes LIPs. But Earth escaped the same fate as Venus as these events were not sufficient to cause a runaway greenhouse effect. The scientists are still trying to determine why this happened.

NASA is expected to send the Deep Atmosphere Venus Investigation of Noble gases, Chemistry, and Imaging (DAVINCI) mission to Venus, which aims to study the origin, history, and present state of Venus in unprecedented detail.