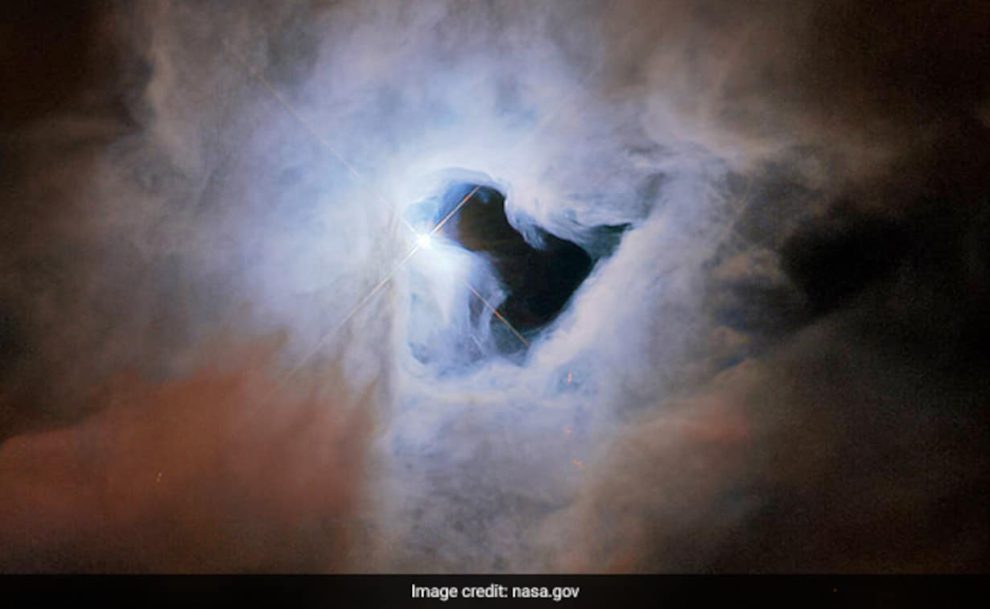 NASA’s Hubble Space Telescope recently revealed a spectacular image of a “mysterious cosmic keyhole”. The telescope, which is known for its momentous discoveries, captured the picture of NGC 1999, a reflection nebula in the constellation Orion, located 1,350 light-years from Earth.
The incredible image showed a “peculiar portrait” of the swirling clouds of gas and dust. The National Aeronautics and Space Administration (NASA) shared the ethereal view of the nebula on Friday. “The nebula is quite literally composed of stardust: the leftover dust and gas from a newborn star!” NASA Hubble wrote in the caption of a Twitter post.

“Just like fog curling around a streetlamp, reflection nebulae like NGC 1999 shine by the light from an embedded source,” the American space agency said in a press note.

NASA explained that the nebula’s light source is a baby star named V380 Orion. The most notable aspect of the picture is the conspicuous hole in its centre, which resembles an inky black keyhole of cosmic proportions.

In the press release, NASA informed that the image comes from a revisiting of older Hubble data from 1999. Back then, astronomers believed that the dark patch in the NGC 1999 was something called “Bok globule” – a dense, cold cloud of gas, molecules, and cosmic dust that blots out background light.

However, further data from other telescopes showed that the keyhole is actually an empty region of space. “The origin of this unexplained rift in the heart of NGC 1999 remains unknown,” NASA wrote.

Notably, the Hubble telescope, which was launched more than 30 years ago, is a joint project from NASA and ESA (European Space Agency).