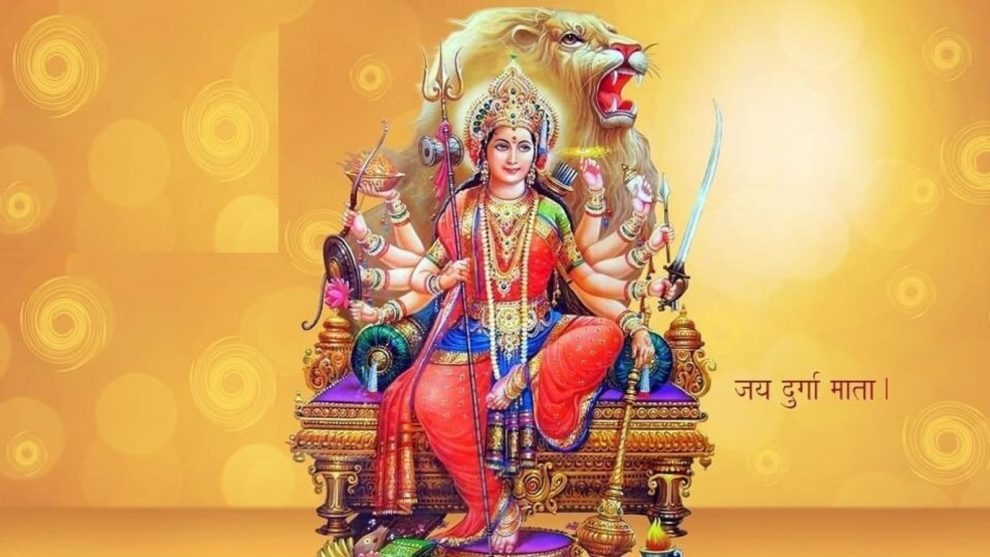 The ongoing nine-day festival of Navratri is being marked with much pomp across the country. Devotees of Maa Durga worship the nine avatars of the Goddess (Navdurgas) during the auspicious occasion. This year, Navratri began on Monday, September 26, and they will end on Wednesday, October 5, with Dussehra or Vijayadashami. The two most important days of Navratri are Ashtami and Navami. On Ashtami and Navami, devotees end their Navratri fasts and perform Kanya Puja or Kumari Puja at their homes. In this article, you will find out on which dates Ashtami and Navami tithi will fall this year.

When is Navratri 2022 Ashtami?
Ashtami, also known as Maha Ashtami or Durgashtami, is the second day of Durga Puja or the eighth day of Navratri. Devotees pray to Maa Mahagauri on this day. She symbolizes purity, serenity and tranquillity. On Maha Ashtami, nine small pots are installed, and nine Shaktis of Maa Durga are invoked in them. All nine forms of Goddess Durga are worshipped during Maha Ashtami Puja. Devotees also worship young unmarried girls on this day, as they are considered divine avatars of Maa Durga. The ritual is known as Kumari/Kanya Puja. In many regions of India, the Puja is performed during all nine days of Navratri. The legendary Sandhi Puja also falls on Maha Ashtami, where devotees offer animal or vegetable and fruit sacrifices to the deity.

When is Navratri 2022 Navami?
Navami or Maha Navami is the third and final day of Durga Puja or the ninth day of Navratri. On Maha Navami, Goddess Durga is worshipped as Mahishasura Mardini, meaning the Annihilator of the Buffalo Demon. It is believed that on Maha Navami day Maa Durga killed the demon Mahishasura. Devotees also pray to Maa Siddhidatri, the ninth avatar of Maa Durga, on the ninth day of Navratri. Some devotees perform Kanya Puja on Navami.

Navratri 2022 Parana Time:
According to Drik Panchang, the Parana time for Navratri, which is the auspicious muhurat of breaking the Navratri fasts – lasting for nine days, falls on the day of Maha Navami celebrations. This year, the Parana time will be after 02:20 pm on October 4, 2022.

Woman Sued S Korea Man Who Stalked Her. He Killed Her Day Before Hearing
In Data Breach Affecting Millions, Australia Company To Bear Cost Of Impact